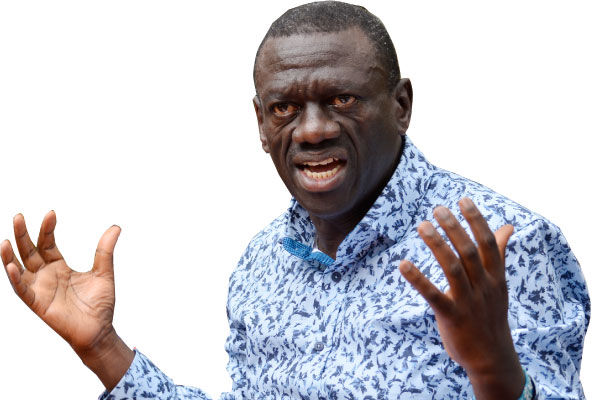 Dr. Kiiza Besigye, former President of the Forum for Democratic Change- FDC has said that there are members of the party who are advocating for negotiating a surrender to the ruling government.

Besigye revealed this on Thursday while delivering a keynote address at the party’s two-day 15th National Council meeting at the party’s headquarters in Najjanankumbi, Kampala. The two-day meeting is the first of its kind after the 2021 general elections.
Besigye noted that over time, he has heard the voices of some members of the party who are asking to negotiate a surrender to the ruling government, claiming that they cannot succeed in overthrowing the government but these he said are free to join the NRM.

“There are some people amongst us who advocate for a form of surrender, saying that we shall not manage this, let us give up, those voices are there, I hear them, you can discuss them here whether as FDC we can negotiate a surrender,” Besigye said.

Besigye further said that many members have since started complaining that the struggle has taken too long and along the way have joined the government, which Besigye says he will not demonize because of their decision. He said many of these are exhausted mentally and financially.

However, while he says he has no problem with former FDC party members and opposition in general who join the government, he asserts that this cannot be a long-term solution.

“But I have told you that whether you surrender or not surrender, the struggle is bigger, yes your life may be a little better for a few months when you negotiate a surrender, but in the end, you will go in the same direction,” Besigye said.

Ambassador Wasswa Biriggwa, the chairman of FDC said that the primary role of the meeting is to restore public trust in FDC as well as find means to end political thuggery in the country.

Since then, Kyagulanyi and his party cemented themselves as the undisputed leaders of the opposition in Uganda.