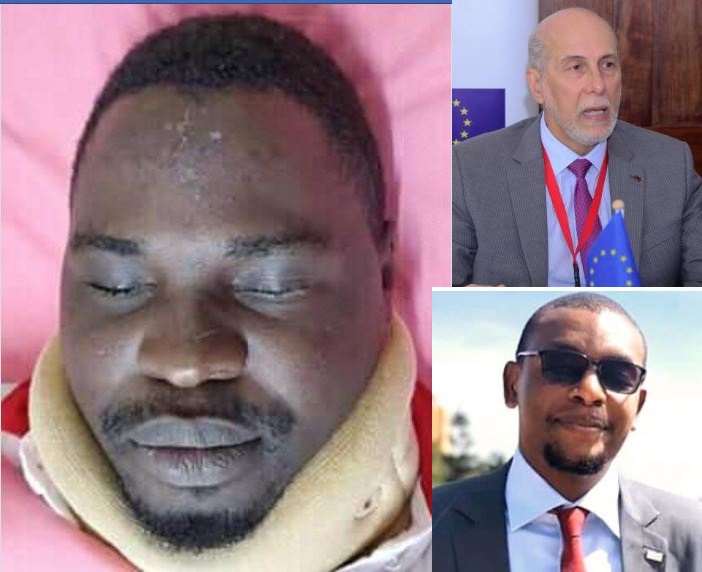 The European Union in Uganda has condemned the government’s high-handedness and arbitrary arrests during the Coronavirus (COVID-19) lockdwn.

Citing examples of Mityana Municipality Member of Parliament Francis Zaake, who was arrested several days back for distributing food to Ugandans affected by the COVID-19 lockdown and Kakwenza Rukirabashaija,  who was arrested for allegedly writing a book that is critical of government.

On 13 April, Kakwenza Rukirabashaija, a Ugandan activist, was arrested by military police at his home in Iganga, eastern Uganda. He was charged with the trumped-up charges of defamation and cyber related crimes and detained in the military barracks at Mbuya, near the capital Kampala.

He is popularly known as the author of “The Greedy Barbarian”, a book that criticizes the ruling first family of Uganda and is also a political activist linked to the Forum for Democratic Change (FDC) party.

A statement posted on the European Union social media platforms reads thus; “On behalf of all European Union Ambassadors to Uganda, our Ambassador, H.E Attilio Pacifici recently wrote to the Minister of Justice and Constitutional Affairs Hon. Prof. Ephraim Kamuntu to underline the importance of ensuring access to justice for all Ugandans during the #Covid19 lock down.”

The EU boss noted that “The EU firmly opposes torture & other cruel, inhuman or degrading treatment. We are very concerned about reports of HR violations of people arrested during #COVID19 lockdown, including MP Zaake & Rukirabashaija. Due process must be followed & rights upheld even during  lockdown

H.E Pacifici also warned that arresting and jailing Ugandans for breaching curfew hours exposes them to Coronavirus infections as a result of the congestion in prisons and police cells.

This came after the Uganda Prisons Services spokesperson Frank  Baine revealed that Uganda currently has over 2000 prisoners who were jailed for not observing President Yoweri Museveni’s directives on COVID-19.