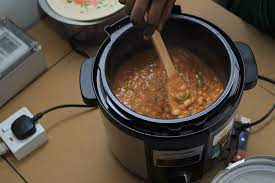 Power regulator Electricity Regulatory Authority (ERA) in December 2021 introduced a Cooking Tariff known as Declining Block Tariff, which would enable domestic consumers connected on the national power grid to use electricity for cooking, instead of charcoal and firewood.

The main objective of introducing the Declining Block Tariff, which is applicable to consumers being supplied power by Umeme Ltd, was to discourage Ugandans from cutting down trees for firewood and charcoal, so as to mitigate the negative effects of deforestation to the environment.

Eng. Ziria Tibalwa Waako, the Executive Director, ERA, says that the declining Block Tariff became operative in January 2022 and explains that the cooking tariff charges the power units used for cooking at Shs412.0 as opposed to the regular Shs 820.9per unit.

She says this is one of the ways of tackling the impact of climatic change, noting that the reduced Shs412.0 charge covers from 81 to 150 units.

Eng. Waako says that; “Under this Tariff mechanism that became effective on 1stJanuary 2022, ERA reduced the Tariff for a 70 Units Electricity bundle to Shs412 per unit to enable Domestic Customers utilize more electricity especially for cooking. This targets to provide domestic customers with access to clean energy for cooking, a key aspiration of the country enshrined in the Third National Development Plan (NDP III).”

She goes on to explain that; “ERA believes that households averagely use 80 units on lighting, watching TV and other electrical appliances excluding cooking. They are now being encouraged to use more units for cooking starting from 81 to150. It is projected that the new tariff is better than spending Shs60,000 toShs80,000 on charcoal in a month for cooking.”

Waako reveals that the changes in the Tariff Structure were also in line with the Sustainable Development Goal (SDG) Number7, which calls for “affordable, reliable, sustainable and modern energy for all by 2030”, aimed at promoting accelerated access to clean energy for improved welfare of society for social economic transformation.

Expounding on this development, the Minister for Energy and Mineral Development, Hon. Ruth Nankabirwa, notes that this is a deliberate strategy spearheaded by the Government of Uganda with an objective of displacing the use of charcoal and other biomass sources of cooking fuel through making the cost of electricity used for cooking lower than the cost of cooking using charcoal and firewood.

According to Nankabirwa, the strategy is also associated with health benefits for communities, cost savings, and the convenience of clean cooking, since the carbon monoxide emitted by charcoal is harmful to human health.

In the same vein, Sarah Wasagali Kanaabi, the Chairman Board of Directors (B.O.D) at ERA, contends that the reviewed Tariff Structure is mainly aimed at catering for the current and future needs of the country’s Electricity Supply Industry in an effort to reduce the cost of electricity around the country and to discourage the use of traditional methods of cooking, especially the use of charcoal and firewood.

“The Authority will do everything possible to ensure reliable electricity supply to support Ugandans to enjoy cooking using electricity under the new Cooking Tariff; and also, to support Industrialists to produce more commodities for sale on both the Ugandan and Regional markets at competitive prices,” Kanaabi says.

According to Kanaabi, this Cooking Tariff is a strategy by the Government of Uganda to displace charcoal and other biomass sources of cooking fuel by making the cost of electric cooking lower than cooking using charcoal in homes.

It is being introduced under a Declining Block Tariff Structure, which allows for differentiated Tariff levels based on the amount of energy consumed by a domestic consumer beyond a set monthly threshold announced by the Authority are charged at a Lower Tariff.
With the Cooking Tariff, consumers pay UGX. 412 for each Unit of Electricity in the threshold approved by ERA (81 to 150th Units).

She explains that a Lifeline Tariff is a price for a minimal package of Units of Electricity, helping low-income earners access affordable Electricity. It aims to facilitate the Electricity consumers in the low socio-economic customer class category to afford the Electricity units deemed necessary for basic domestic use.

However, under the review of the qualification criteria, customers who consume less than 100 Units of Electricity in a month qualify for the Lifeline Tariff of UGX 250 for each of the First 15 Units consumed in a month.

Clients who consume more than 100 Units of Electricity in a month do not qualify for the Lifeline Tariff but rather pay UGX 820.9 for each of the First 80 Units of Electricity; and thereafter enter into the Cooking Tariff (Declining Block) of UGX 412 per Unit up to the 150th unit of electricity consumed.

The Pilot Tariff For Industrial Parks

According to ERA, the Authority also considers reducing tariffs for manufacturers in Industrial Parks, in a bid to improve the competitiveness of Uganda’s Manufacturing sector.

To achieve this objective, the government of Uganda rolled out a pilot project of supplying electricity to Industrial Parks 5.0 United States Cents per Kilo-Watthour.

Kanaabi reveals that during the piloting period, Consumption of Electricity in the two Industrial Parks is expected to increase, so as to help offset the revenue shortfall that would result from supplying Electricity at Five (5.0) United States Cents per kilo Watt-hour.

As another measure to discourage the use of charcoal, ERA also launched a pilot Charcoal to Power project, which aims at transforming over 500 institutions from the use of biomass for cooking to electricity.

Kanaabi gives an example of Mwanamugimu Nutrition Unit at Mulago Referral Hospital, and the Uganda Prisons Services, which she says are the first beneficiaries of the project, benefitting from a special Tariff of UGX 451 per Kilo-Watt hour, in addition to acquiring modern kitchens that fully utilize electricity for cooking, with the support of ERA and the United Nations Development Programme (UNDP).
However, officials at ERA are worried that these projects are likely to be affected by the rampant cases of vandalism of power supply infrastructure, which disrupts the electricity supply chain across the country.