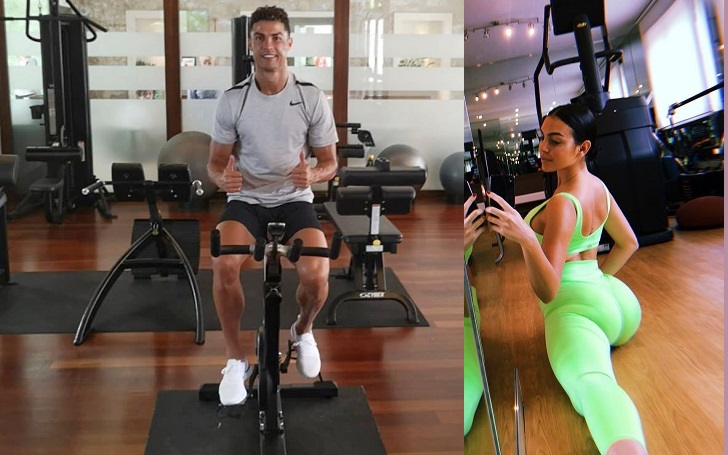 Cristiano Ronaldo’s girlfriend Georgina Rodriguez has admitted she felt ‘ashamed’ training with the Juventus forward during the coronavirus lockdown.

Ronaldo has always been in phenomenal shape and takes great care of his appearance – something Rodriguez said is inspiring.

But the 26-year-old told Women’s Health that she did feel pressure having to keep up with the Portuguese superstar.

“Initially I was ashamed about working out with Cristiano,” she began.

“Imagine having to train in the same space as Cristiano! I was used to working out at home when he went to train at his club so we could spend more time together when he returned.

“But afterwards that feeling went and now I love exercising with him.

Rodriguez then opened up on Ronaldo’s insane workout routine and stated that he trains twice a day.

“Cristiano trains in the morning and again in the afternoon.

“He’s an elite athlete. It’s incredible how he focuses and devotes himself to his passion for football.

“There’s no doubt he trains more and better than me. There’s just no comparison. He’s a professional athlete.

“But I have the best teacher at home and every day I learn something new with him.

“When it comes to fitness, Cristiano beats me by a stack of goals.”

Ronaldo will be preparing for the return of Serie A, with Italy’s top division making a comeback next weekend.

Juventus currently have a one-point lead over Lazio with 12 games left of the season.

Who do you think will win Serie A?