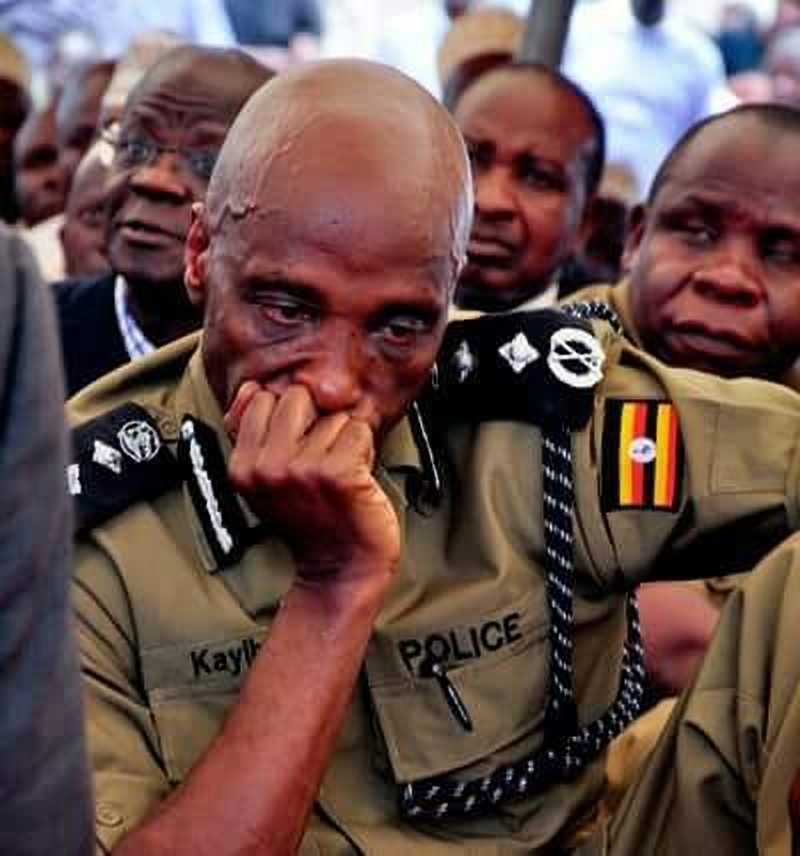 General Court Martial chairperson Lt. Gen. Andrew Gutti wrote to Gen. David Muhoozi after a group of pro-Kayihura youths approached him to remind him about Museveni’s promise to pardon Kayihura.

President Museveni sacked Kayihura in March 2018, and on August 24 the same year, the former police boss appeared before the seven-member panel of the General Court Martial presided over by Lt. Gen. Gutti to plead to charges of failure to protect war materials, failure to supervise police officers and abetting kidnap. The prosecution contends that between 2010 and 2018, on various occasions, Kayihura issued firearms to unauthorized persons specifically members of Boda Boda 2010 under the leadership of Abdallah Kitatta, who was convicted of similar crimes.

It is also alleged that by commission and omission, Kayihura aided and abetted the actions of subordinate police officers to kidnap and illegally repatriate Rwandan exiles, refugees and Ugandan nationals to Rwanda.

The military prosecutors also accused him of failure to supervise and ensure accountability for firearms and ammunition issued to specialized units in the police such as the Flying Squad Unit, Crime Intelligence and Special Operations Unit and the Witness Protection Unit.

Kayihura is currently out of jail on bail but his movements are extremely restricted so much that he’s not even allowed to leave his home compound in Kasagama in Lyantonde without permission from the commander in chief or CDF.bit.ly/bettingoffersug

“…The youth approached me seeking progress on His Excellency’s promise on General Kale Kayihura case before this court while he was conducting his presidential campaign in Kisoro district,” reads Gutti’s letter dated February 2.

Last month, while campaigning in Kisoro district, NRM leaders in the district led by Kisoro district LC V chairperson, Abel Bizimana asked Museveni to pardon Kayihura on the pretext that he’s an NRM cadre who had worked so hard to keep Museveni in power.

In his response, Museveni said Kayihura is indeed an NRM cadre and promised to talk to UPDF prosecutors and have him forgiven. Michael Niyonsaba, the Kisoro District NRM youth coordinator told URN in an earlier interview that during Museveni’s campaign tour in the district, they promised to mobilize residents to overwhelmingly vote NRM to secure Kayihura’s release. The letter that was received by Muhoozi, a day later is accompanied by another from a group of youths under Kisoro Development Network titled “NRM Youths (Kisoro Development Network) C/o Gen KK Coordination Network.”

Niyonsaba claims that Kayihura started many projects in Kisoro that employed several youths and have since stalled since his movements were restricted to Kampala and Wakiso districts as part of his bail condition set by the Court Martial.bit.ly/bettingoffersug