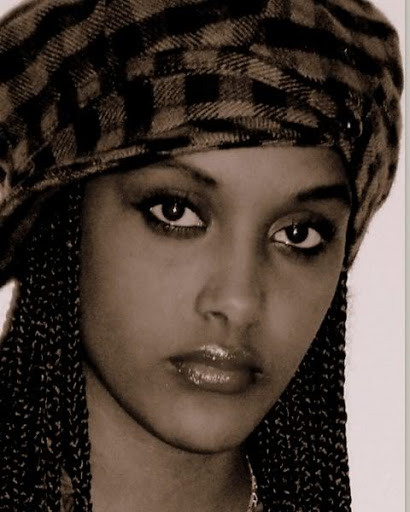 Globally, around 21 percent of young women were married before their eighteenth birthday. Approximately twelve million girls are married before they turn this age every year, and currently, there are about 650 million girls and women alive today who were married as children Child marriage is a human rights violation, and although the harmful practice has declined over the last ten years, there is no area in the world that is on track to meet its target of eliminating it by 2030 .Somalia’s child marriages are now in the spotlight as the country considers new legislation.

Somalia is one region that has a particularly high rate of child marriage, with more than 45 percent of young women having been married or “in union” before the age of eighteen between 2014 and 2015.

There has been a significant push over the last several years to end this practice in Somalia, however a recent new bill has been put forth that will allow girls to be forced to marry after their menstrual cycle begins, and threatens to undo all the progress that has been made in the last decade.

The Somalian government is currently considering a new bill that would permit child marriage once a girl’s sexual organs mature, and would allow forced marriage as long as the girl’s family consents .

The new Sexual Intercourse Related Crimes Bill has shocked the global community after years of efforts by civil society to put forward a proposed law that would protect women and girls. This bill would replace the Sexual Offenses Bill, which was approved in 2018 by Somalia’s cabinet with the aim of criminalizing all types of gender-based violence including rape, child marriage, and sex trafficking .

The 2018 bill provided specific protections for vulnerable groups like children, people with disabilities, and internally displaced people. It also set out clear duties for police, investigators, and prosecutors. It had been pending before the lower house of parliament for two years, when the Sexual Intercourse Bill was introduced to lawmakers.

The new bill would allow girls to be married once they reach puberty, which is considered when they have their “first menstruation cycle”

Backlash from the United Nations

Spokesman for the UN mission in Somalia (UNSOM), Ari Gaitanis, has spoken out against the new bill, stating that it would be a step backwards for the rights of women and girls in Somalia.

“This proposed new bill, the Law on Sexual Intercourse Related Crimes, is deeply flawed and in serious breach of international standards,” Gaitanis said in a statement. “The original Sexual Offences bill, which the UN and so many others are calling for to be reintroduced, is a comprehensive bill

which is more in conformity with internationally accepted standards.”

UN human rights chief Michelle Bachelet is warning that the bill could send a worrying signal to other states in the region, and that it must be prevented from being passed into law.

The news broke just as the country was getting set to celebrate International Youth Day on August 12. There is now a petition circulating online to have the bill removed, and people all over Somalia are speaking out against it, including Ilwad Elman with the Mogadishu-based Elman Peace center.

“I don’t wanna see any Somali officials participating online to celebrate … when you’re trying to steal their childhood away from them RIGHT NOW with the intercourse bill legalizing child marriage,” tweeted Elman, with regards to International Youth Day celebrations.

COVID-19 and Sexual Violence in Somalia

The new bill is being introduced just when women’s rights groups have begun to openly worry how the coronavirus pandemic has worsened the situation for women and girls in Somalia.

With travel restrictions and stay-home orders in place, there has been a significant spike in violence against women and female genital mutilation. According to a United Nations Population Fund (UNFPA) report released in July, nearly seventy percent of the 300 service providers have reported an increase in gender-based violence since the start of the pandemic.

They estimate that six months in lockdown could lead to 31 million additional cases of gender-based violence, and an additional 15 million for every three months of lockdown thereafter.

The report also found that the poor state of the economy, along with school closures, has also caused a rise in the number of child marriages, and the closure of health facilities has limited access to care and help.

Response from the Somali Government

After the new bill emerged, the deputy parliament speaker Abduweli Mudey, said that that every MP has their own opinion on it and that they want it to be passed after discussion.

“We want to make sure it goes in line with Islamic law and traditions,” he said.

Others around the world have also voiced their own opinions about the controversial bill, including the British Ambassador to Somalia, Ben Fender, who voiced his concern in a tweet, calling on Somali officials to consider how their actions will affect their country’s future.