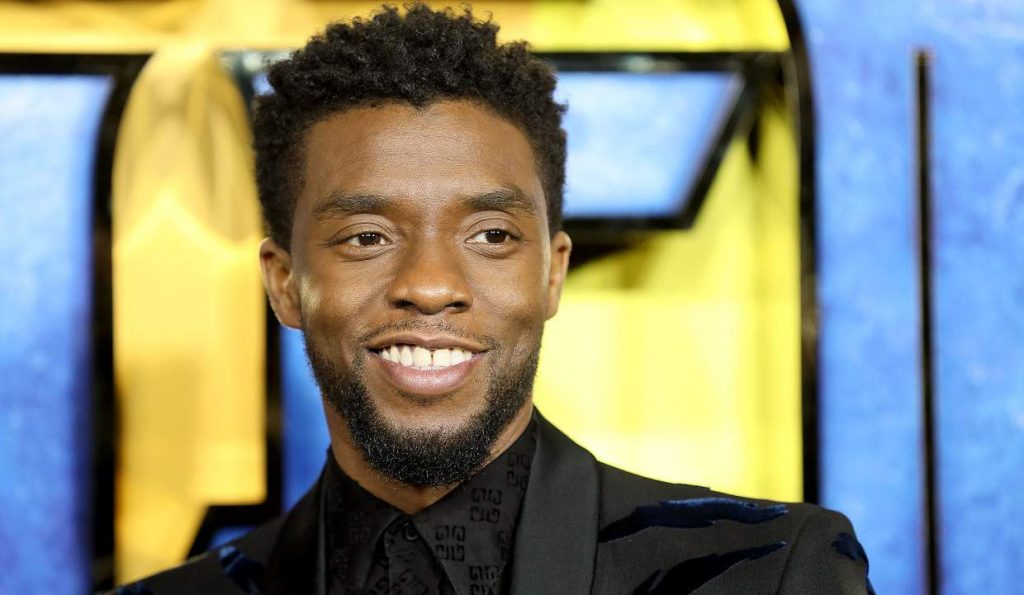 The “Black Panther” star, 43, was memorialized on social media, where many expressed shock as news of his death spread.

As news of actor Chadwick Boseman’s death at the age of 43 spread, people around the world — both celebrities and regular folks — paused to remember the impact Boseman had on their lives.

The “Black Panther” star died from colon cancer, his family announced late Friday, after fighting for his life for the past four years.

“A true fighter, Chadwick persevered through it all, and brought you many of the films you have come to love so much,” a post from his family on his Instagram said, in part. “From Marshall to Da 5 Bloods, August Wilson’s Ma Rainey’s Black Bottom and several more, all were filmed during and between countless surgeries and chemotherapy. It was the honor of his career to bring King T’Challa to life in Black Panther.”

Boseman’s “Black Panther” titular character, King T’Challa, skyrocketed him to international fame in 2018. The movie, praised widely, was the first Marvel film to feature a Black lead and was the first superhero film to ever be nominated by the Academy Awards for best picture — as well as six other nominations, three of which it won. The film became a cultural touchstone for a generation of theater-goers and a phrase from the film, “Wakanda forever,” trended online Friday night as fans paid their respects to Boseman.

“Our hearts are broken and our thoughts are with Chadwick Boseman’s family. Your legacy will live on forever. Rest In Peace,” Marvel Studios tweeted Friday night.

Our hearts are broken and our thoughts are with Chadwick Boseman’s family. Your legacy will live on forever. Rest In Peace.

Chadwick Boseman’s name echoed around the world Friday night as people reacted to the news of his death.

“This is a crushing blow,” actor and director Jordan Peele wrote on Twitter.

“This is beyond heartbreaking. Chadwick was special. A true original,” Evans wrote. “He was a deeply committed and constantly curious artist. Few performers have such power and versatility. He had so much amazing work still left to create. I’m endlessly grateful for our friendship. My thoughts and prayers are with his family. Rest in power, King.”

Another “Avengers” co-star, Mark Ruffalo, added that the tragedies of 2020 have “only been made more profound” by Boseman’s death.

“What a man, and what an immense talent. Brother, you were one of the all-time greats and your greatness was only beginning. Lord love ya. Rest in power, King,” he wrote.

Director Ava DuVernay shared a stunning image from the “Black Panther” film, in which Boseman’s T’Challa speaks with his late father in a mystical spirit realm.

“May you have a beautiful return, King. We will miss you so,” she wrote.

May you have a beautiful return, King. We will miss you so.

“My prayers go out to Chadwick’s family and loved ones,” Chris Pratt wrote. “The world will miss his tremendous talent. God rest his soul.”

“We never knew what you were dealing with … you remained so gracious. From your phenomenal roles such as Jackie Robinson, Thurgood Marshall, James Brown & of course Black Panther,” TODAY’s own Sheinelle Jones wrote. “You’ve shown the world what a real life super hero looks like.”

We never knew what you were dealing with … you remained so gracious. From your phenomenal roles such as Jackie Robinson, Thurgood Marshall, James Brown & of course Black Panther. You’ve shown the world what a real life super hero

The Carolina Panthers tweeted “South Carolina lost one of it’s brightest stars. You made us proud.”

South Carolina lost one of its brightest stars.

A graduate of Howard University in Washington D.C., Boseman studied directing before becoming an actor. His alma mater remembered him in a statement:

“It is with profound sadness that we mourn the loss of alumnus Chadwick Boseman who passed away this evening. His incredible talent will forever be immortalized through his characters and through his own personal journey from student to superhero! Rest in Power!”

Actor and “Black Panther” star Angela Bassett posted a sweet story about Boseman at the premiere party of the film in her tribute.

“He whispered that when I received my honorary degree from Howard University, his alma mater, he was the student assigned to escort me that day. And here we were, years later as friends and colleagues, enjoying the most glorious night ever!” she wrote, in part.

“We’d spent weeks prepping, working, sitting next to each other every morning in makeup chairs, preparing for the day together as mother and son. I am honoured that we enjoyed that full circle experience,” Bassett added. “This young man’s dedication was awe-inspiring, his smile contagious, his talent unreal. So I pay tribute to a beautiful spirit, a consummate artist, a soulful brother…” thou aren’t not dead but flown afar…”. All you possessed, Chadwick, you freely gave. Rest now, sweet prince.”

Another Howard alum, Kamala Harris, the current democratic vice-presidential candidate, shared a photo of her hugging the late star.

Heartbroken. My friend and fellow Bison Chadwick Boseman was brilliant, kind, learned, and humble. He left too early but his life made a difference. Sending my sincere condolences to his family.

“The true power of @ChadwickBoseman was bigger than anything we saw on screen,” he wrote. “From the Black Panther to Jackie Robinson, he inspired generations and showed them they can be anything they want — even super heroes.”

The true power of @ChadwickBoseman was bigger than anything we saw on screen. From the Black Panther to Jackie Robinson, he inspired generations and showed them they can be anything they want — even super heroes. Jill and I are praying for his loved ones at this difficult time.