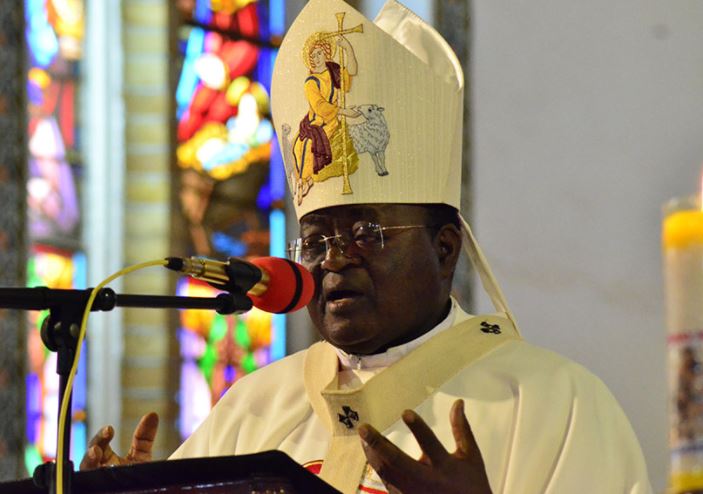 Dr. Lwanga, who was presiding over mass at Rubaga Cathedral, urged the government to value life for more peace and stability of the country.

His remarks came at a time when the number of people who were killed during the ‘Free Bobi Wine’ protests has since risen to 37, according to the police, with several hundreds others nursing wounds.

Although some media reports put the death toll at 37, according to the police at least 34 people died, several were injured and over 500 arrested.

The protests broke out as supporters of presidential candidate and pop star Bobi Wine clashed with security forces over his arrest, in some of the worst unrest in the East African country in a decade.

It was unclear who was responsible for the deaths. Most of the 37 dead suffered gunshot wounds and traumatic injuries, said Uganda police’s chief pathologist, Moses Byaruhanga.

Wine, who has emerged as the strongest challenger to Uganda’s long-time leader Yoweri Museveni in elections set for early next year, was released on bail Friday, his lawyer Nicholas Opiyo said and has since continued with his presidential campaign trail.