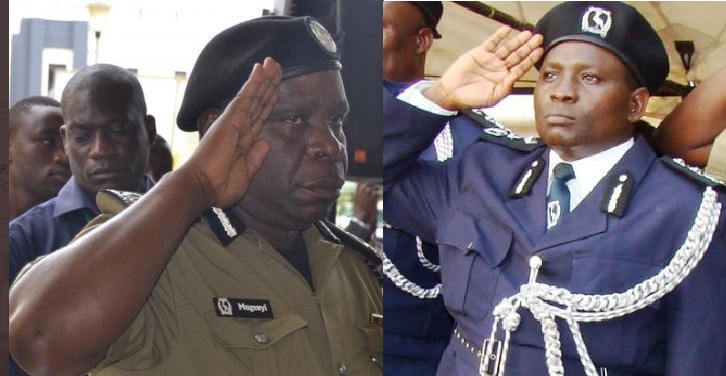 Assistant Inspector General of Police (AIGP) Asuman Mugenyi, who was the Director Operation in the Uganda Police Force (UPF), has retired his job and refused to seek renewal of his contract after  it expired on Friday.

AIGP Mugenyi, who has served the Police for 32 years, left office on Friday, May 29, 2020 and has since handed over to his deputy Senior Commissioner of Police (SCP) John Nuwagiira.

Although earlier reports indicated that AIGP Mugenyi had been suspended and others claimed he had been fired, police spokesperson, Fred Enanga, clarified that he had served his contract and opted  not to seek its renewal.

“He simply observed his contract to the end,” said the Police spokesperson.

However, Mugenyi becomes the fifth AIGP to quit the institution in the last three years.

Two months ago, AIGP Steven Kasiima, who was director traffic and road safety was forced out of office by Inspector General of Police (IGP) Martin Ochola after his contract expired. Although AIGP Kasiima was shown the exit with four other AIGPs, President Museveni renewed contracts of the other three but not his.

In November last year, AIGP Godfrey Bangirana, who was director logistics and engineering was forced out of office by the High Court after he had defied Ochola’s directive to quit office when his contract had expired.