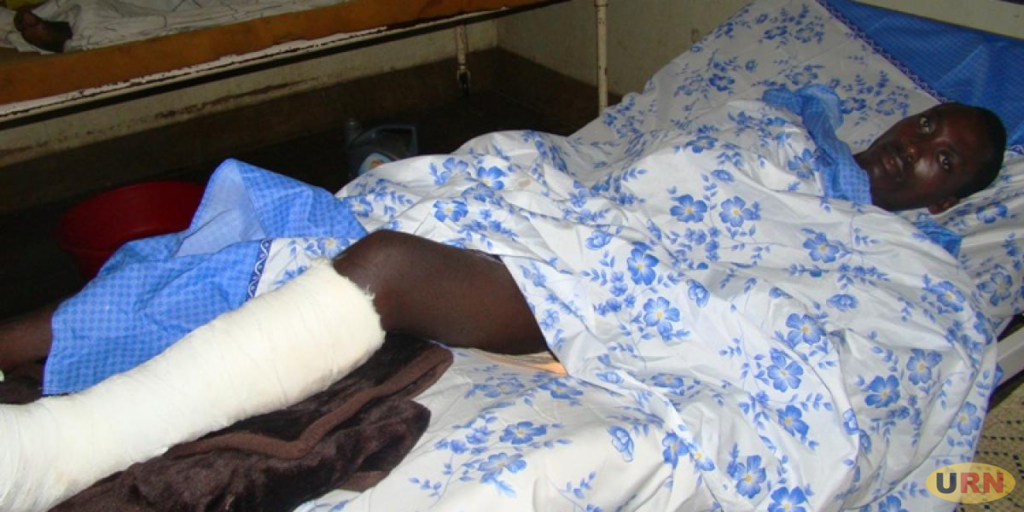 The explosion occurred in Nakaseke district, 60km (27 miles) north of the capital, Kampala. It killed a 14-year-old and a second child with disabilities, police spokesman Asan Kasingye said in a tweet.
Two children have died after a suspected bomb exploded at Ssegalye village, Nakaseke district.
The deceased have been identified as Pius Kiwuwa aged 12 and Micheal Kiyingi aged 14 whereas another child aged nine months identified only as Odong has been injured in the explosion that occurred in Semuto sub-county today afternoon.
Daniel Ssepuuya the LC I chairman of Ssegalye village says that the bomb exploded between 3-4 pm on Friday after the children picked it from the unidentified place and started to play with it.
Ssepuuya explains that Kiwuwa died on the spot whereas his brother breathed his last upon reaching Nakaseke hospital. The nine-month-old has been rushed to Nakaseke hospital for treatment after he sustained injuries.
Ssepuuya notes that by the time of the blast, the mother of the children was away in Lugazi municipality looking after her sick mother whereas the father was at work in Luwero district.
The children were under the care of the grandparents who’d also left them alone at home. Ssepuuya says that the bomb is believed to have been left behind by one of the armies that fought in the Luwero war of 1981-1986.
Policemen and Uganda People Defense Force personnel have since cordoned off the scene to start investigations in the matter. Isah Ssemwogerere, the Savannah regional police spokesperson confirmed the explosion but said he was waiting for details from the officers on the ground
Uganda has been the target of multiple attacks over the past week. A bomb packed with nails and shrapnel exploded in a popular restaurant in Kampala, killing one person and wounding three others on October 23.
The ISIL (ISIS) armed group claimed responsibility for the attack in a statement posted on an affiliated Telegram channel.
The group said some of its members detonated an explosive device in a bar where “members and spies of the Crusader Ugandan government were gathering” in Kampala.
On Monday, a second bomb went off on a bus, killing the suspected attacker and injuring several commuters. Police initially said two people were killed.
Ugandan authorities have been investigating the attacks. A shadowy group called the Allied Democratic Forces (ADF), suspected of links to ISIL, emerged earlier this week as the possible author of the blasts.
ADF is known as the bloodiest of the scores of militias that roam eastern Democratic Republic of the Congo and has gained a reputation for massacres in North Kivu and neighboring Ituri provinces.
The ADF was initially a coalition of armed Ugandan groups that opposed Ugandan President Yoweri Museveni