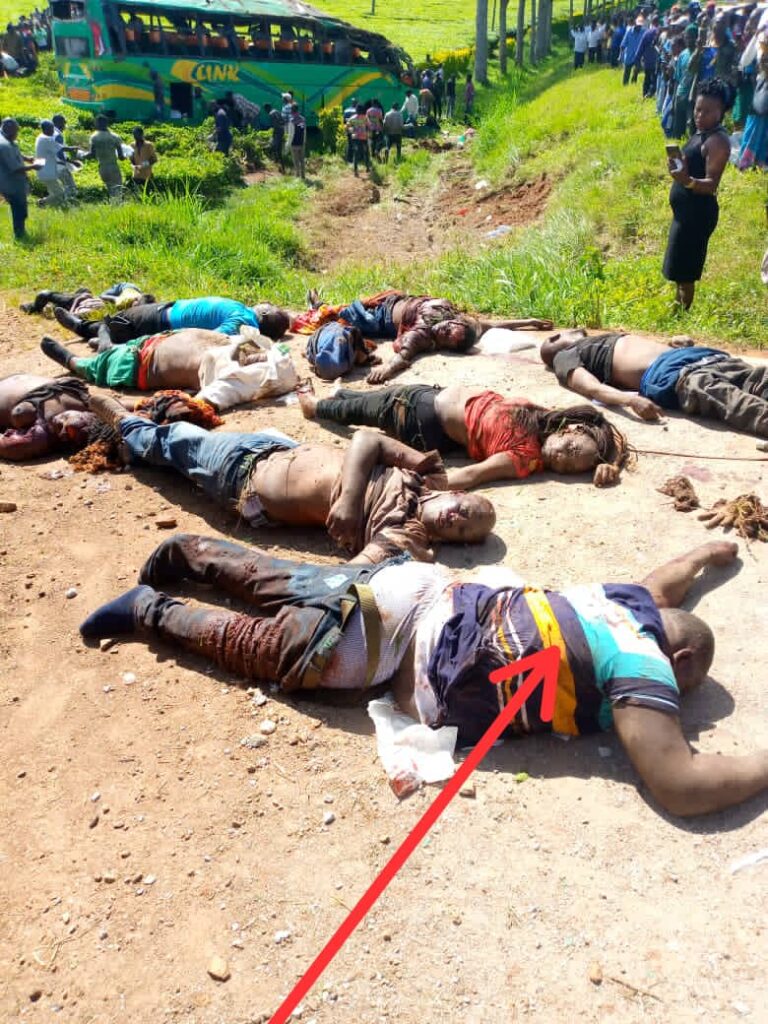 According to the traffic spokesperson Ms Faridah Nampiima, out of the 20, thirteen are adults while seven are juveniles, eleven are male and nine are female.

The accident happened at around 10:30am, two kilometers from Fort Portal City, according to police which is still investigating the cause of the accident.

Several ambulances were seen evacuating the injured to Buhinga hospital and Fort Portal regional referral hospital as family members jostled at the accident scene in an attempt to establish the statuses of their relatives.

“It happened 2KMs from Fort Portal city at a place called Sebitoli.

Bodies of the deceased were also conveyed to the hospitals for postmortem.

The crash involving three vehicles and one motorcycle happened at the border of Mbale and Budaka district, at Namatala bridge along Mbale Tirinyi road at Mailo Taano in Nasenyi sub county, Budaka district.

According to eyewitnesses, the accident occurred at around 6:00am in the morning and was caused by the two taxis heading to Kampala which were over speeding and knocked a boda boda rider who was heading to Mbale town.

The bodies of the deceased victims have been taken to Mbale city mortuary for postmortem while the injured are being treated at Mbale regional referral hospital.

The Bukedi North police Spokesperson Immaculate Alaso confirmed the accident incident but said she could not give details of the accident as they were still profiling the scene and that the information will be ready in an hour’s time.