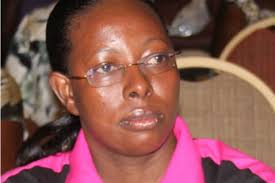 Mbagaya reportedly sanctioned the removal of Museveni’s campaign posters which were pinned at the UCAA head offices at Entebbe airport, in contravention of Section 78 of the Presidential Elections Act.

The posters had been pinned on the gate, the walls and other environs around the building, raising complaints that UCAA being a public office should not be seen to be advancing interests of any presidential candidate.

In the aftermath, Mbagaya was arrested by Special Forces Command (SFC) officers when she appeared at the Aviation police station at Entebbe airport to record a statement on the matter. According to the law, a person who defaces campaign posters of any candidate is liable to a fine not exceeding Shs 480,000 or imprisonment for one year or both, upon conviction.

However, on Wednesday, the state attorney Jean Nareeba told the court presided over by magistrate Juliet Nakitende that the Directorate of Public Prosecutions (DPP), Jane Frances Abodo, has discontinued proceedings against Mbagaya. The court also heard that the National Resistance Movement (NRM) party had written a letter on January 19 indicating that it was not interested in pursuing the matter

The NRM had earlier on held a discussion with Musimenta, and, according to sources, the party was convinced that Musimenta’s actions were “well-intentioned” and that “she did not intend to deface or maliciously remove the posters.

Meanwhile, last month UCAA advertised the position of director human resource and administration. Musimenta, however, says she is not affected because she is the substantive human resource manager training and development