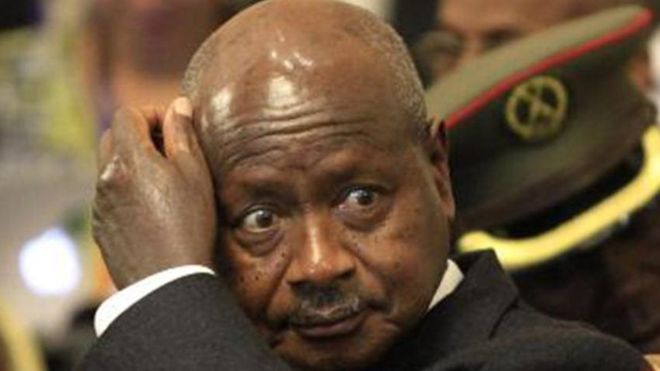 President Yoweri Museveni and several other government officials recently announced a war against corruption, which is to officially kickoff with an Anti-Corruption March slated for tomorrow December 4, 2019.

However, several political pundits and observers contend that President Museveni’s fight against corruption is a far cry in the wilderness, because the roots of corruption and bribery are deeply entrenched within the government he heads.

People Power leader Robert Kyagulanyi aka Bobi Wine, who is one of those who don’t believe that the President can fight corruption in Uganda this week wrote on tweeter thus;

“Laughable and yet absurd. The chief priest of corruption plans to lead an ‘anti-corruption’ walk in Kampala! Check all the listed scandals and you’ll trace them right from his door. The master of bribery, nepotism, sectarianism, vote rigging, misuse of power, etc. How shameless.”

One of his followers asked that;'”How can Museveni claim to demonstrate against corruption yet he is the engine of corruption. The president himself is a beneficiary of a corrupt regime in one way or the other. In so doing, he is accuracy buying people to support him hence keeping on the presidency office. He has been seen on several occasions dishing out handouts in form of cash instead of working on civil services.”

Actually, there are several corruption scandals that have been exposed involving high ranking government officials but none of the perpetrators has ever been punished and even those authorities attempted to punish got lighter punishments, something that has fueled even more corruption in the country.

Here are some on the well-known corruption scandals that happened during his tenure and under his watch;