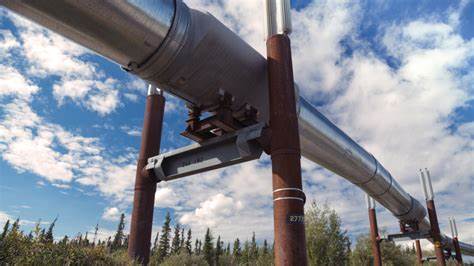 What you need to know:

Nearly four years after Uganda abandoned Kenya in building an oil pipeline that would have transported its oil to Lamu, it has now officially signed a Sh410 billion ($3.5 billion) deal with Tanzania, leaving Nairobi to walk alone.

The deal signed on Sunday between President John Magufuli and his Ugandan counterpart Yoweri Museveni will see Kampala route its oil exports through Tanzania, through the 1,445-kilometre crude oil pipeline.

President Magufuli said after inking the deal in his home town of Chato that the project “is very crucial for our people”.

“Our signing today is a crucial step towards implementing the project which will not only create jobs, but also promote cooperation within the region, and stimulate economic development in areas the pipeline crosses,” President Magufuli said.

For his part, President Museveni said: “We want our people to work fast and start this project.”

The construction is expected to start before the end of the year and it will help Uganda exploit oil discovered near Lake Albert in 2006. Reserves in the area are conservatively estimated at some 1.7 billion barrels.

Oil firm Total, alongside China’s CNOOC, will do the construction, supported by the governments of Uganda and Tanzania.

Uganda said it dropped Kenya after it realised it would be cheaper using Tanzania’s Tanga port.

President Museveni’s government also said the Kenyan route would delay the project, as it lacked roads and was always affected by monsoon winds for up to three months annually.

A report by Ugandan experts also concluded it was harder to secure land in Kenya, since it takes about 24 months to compensate land owners and get down to work.

On the contrary, since the Tanzanian government owns all the land, access would be easier.

The other deal breaker for Kenya was security. Lamu is seen as closer to Somalia on the Indian Ocean than Tanzania, feeding into fears that the pipeline could be a target for Al-Shabaab.

The fact that the Tanga port was already operational gave it an edge over Lamu, which is still under construction.

Kenya had banked on Uganda to join hands in building the critical infrastructure, which has been blamed for the delays in commercialisation of its oil finds.

Abandoned, Kenya will now go it alone, and has maintained it will build its Sh121.45 billion pipeline from Lokichar, where it struck oil in Turkana County, to Lamu, where it is building its port.

Budget estimates show that the State Department for Petroleum plans to spend Sh648.5 million in the financial year starting July 1 on the oil pipeline, commonly known as Project.

The allocation is in addition to the Sh777.5 million allocated in the current financial year to undertake research, feasibility studies, project preparation and design for the project.

Official timelines now show that Kenya’s pipeline will be completed in the second half of 2023 and not June 2022, as earlier planned.

The pipeline project is under a joint partnership between the Kenya government and the oil companies’ consortium of Tullow Oil Kenya B.V, Africa Oil Turkana Ltd and Total Oil (formally Maersk Oil).

Ironically, French Oil Giant Total, which is also eyeing to do the Kenyan pipeline, has widely been seen as having had a hand in the decision by Uganda to change its route from its major trading partner.

This comes shortly after Total, the majority shareholder in Uganda’s oil fields, reached an agreement on the pipeline with Uganda’s government.

Tanzania government spokesman Hassan Abassi said about 80 percent of the pipeline will run through Tanzania and the project is expected to create more than 18,000 jobs for Tanzanians.