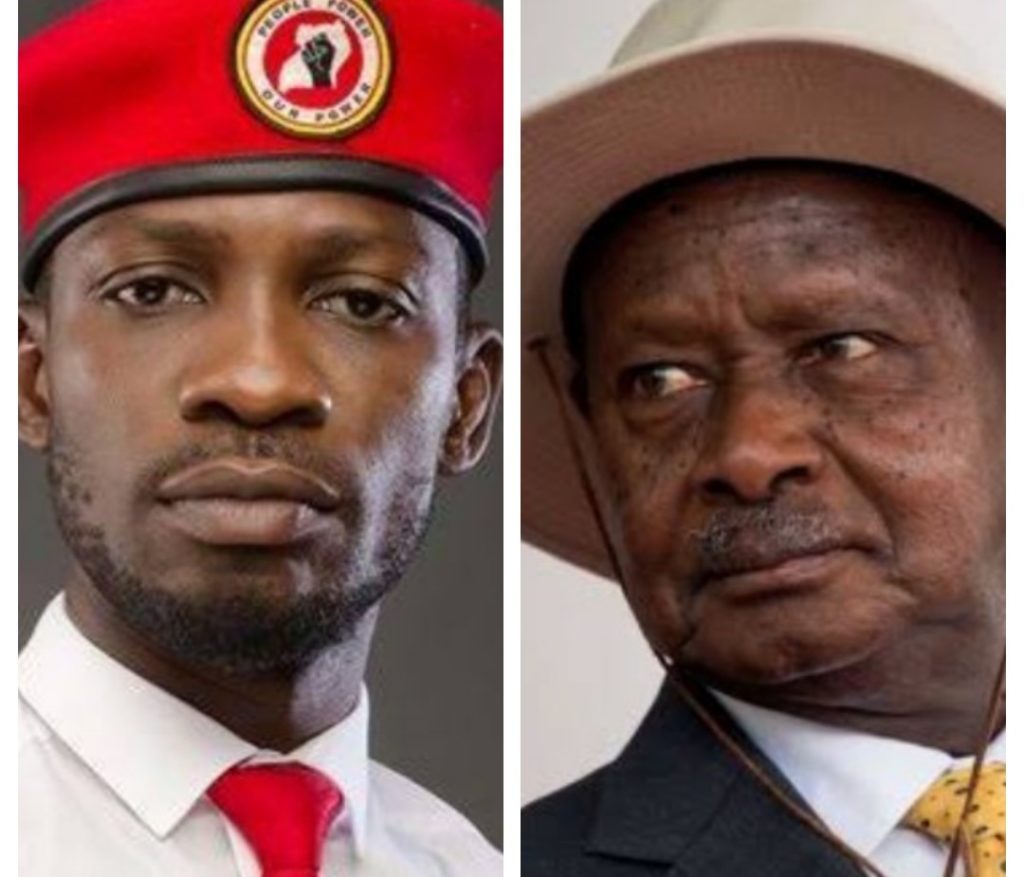 As the ruling National Resistance Movement ((NRM) celebrates  34 years of existence and they are holding their National Delegates Conference at Namboole today, allow us to unveil news that their days in Uganda are numbered.

This is because People Power pressure group leader Robert Kyagulanyi aka Bobi Wine is slated to take over as Uganda’s president come 2021 and the reasons are crystal clear; in our first series of ‘Why Bobi Wine Will Win the 2021 Elections’, we brought you several reasons why the Makindye East Member of Parliament Wine, is likely to win the elections.

In part two of the same series, we bring you more reasons why Bobi Wine is the next President of Uganda;

Uganda’s economy is currently in a quagmire and the rot starts from Bank of Uganda, which messed the economy instead of keeping it afloat. The financial scandals rotating around BoU officials among them Governor Tumusiime Mutebile, former governor Dr Louis Kasekende, Justine Bagyenda, to mention but a few who are cited in massive self-enrichment, have  cast the Central Bank in bad light.

The skyrocketing inflation of the Shilling against the dollar has seen prices for goods and services hiked. Borrowers are losing properties after failing to service then due to high interest rates.

Bank of Uganda is the only Central Bank in the world that prints excess currency notes.  The same Bank is battling a scandal regarding the dubious sale of tycoon Sudhir Ruparelia’s Crane Bank to Dfcu bank, a deal that has since backfired and now BoU has to compensate Sudhir with over a Trillion Shillings.

The same BoU is grappling with scandals of dubiously closing 7 commercial banks without due diligence or following regulations of liquidation and winding up a company. Only Bobi  Wine can rectify the mess at Bank of Uganda.

Besides the mess at BoU, there is a high unemployment rates, many Ugandans live below the poverty levels, there is untold labour exploitation, exportation of Ugandans into slavery in Arabia and Asia, lack of basic education and adequate health services, coupled with high government expenditure, which exerts a huge tax burden on Ugandans.

Elderly and Tired Cabinet With No New Ideas

Museveni’s cabinet is full of old and tired men and women. The likes of Moses Ali, Kirunda Kivejinja, Elioda Tumwesigye, Kahinda Otafiire, Gen. Elly Tumwine, VP Edward Ssekandi, Matia Kasaija, to mention but a few are all tired, yet Uganda’s biggest population is composed of mainly youth. The youth are the future as opposed to the elderly being the past. Bobi Wine is the hope of the youth who are tired of the old regime, reason why many will look up to someone younger than president Yoweri Museveni.

The trend in Uganda’s politics is changing, from the old to the new regime. Several youthful politicians are cropping up, many of them under the People Power pressure group. Many of Bobi Wine’s People Power coordinators across the country are youth, just like legislators who subscribe to the pressure group like Francis Zaake, Asuman Basalirwa, Frank Nuwagaba, Allan Sewanyana and others are all youth. The new crop of politicians, combined with several aspiring youth politicians like Hilderman Kiyaga, Ronald Mayinja, Patricko Mujuuka, Jose Chameleon, among others, scares the old guard, who fear to surrender power to the youth.

Insecurity, Widespread Murders Across the Country Without Proper Accounts

There are a lot of unexplained murders that have happened in this country, which the police and other security agencies have failed to solve. Just recently,   People Power coordinator Bonny O’Mara was kidnapped, murdered and his body later dumped in a village in Lira district. Yassin Kawuma, who was Bobi Wine’s driver, was shot dead in Aria last, during campaigns for incumbent MP Kassiano Wadri. Several women, girls were kidnapped, raped and murdered by unknown goons, who asked for millions of shillings, but the culprits are still at large to date. Some of  the few suspected who were arrested in the brutal Entebbe murders were for instance released. The many unexplained murders, kidnaps, armed robberies, arson, plus several other crimes have sparked off a lot of tension among Ugandans, and many of them look at Bobi Wine as the only person who will  restore peace and security in the country.

Uganda has attracted several enemies from foreign countries like Rwanda, Sudan, DR Congo, Somalia, Kenya, Central African Republic and others all pose a threat of terrorist attacks on Uganda. The current regime’s foreign policy has seen the Uganda Peoples Defence Forces (UPDF) fight several costly wars across the African continent, which have weighed heavily on the tax payers. Besides, the huge budget on defense, the foreign campaign exposes Uganda to several enemies from the countries where the UPDF has conducted expeditions. Bobi Wine is looked at as the only Peacemaker in the East, Central, Northern and Southern African countries where the army has attracted enemies.