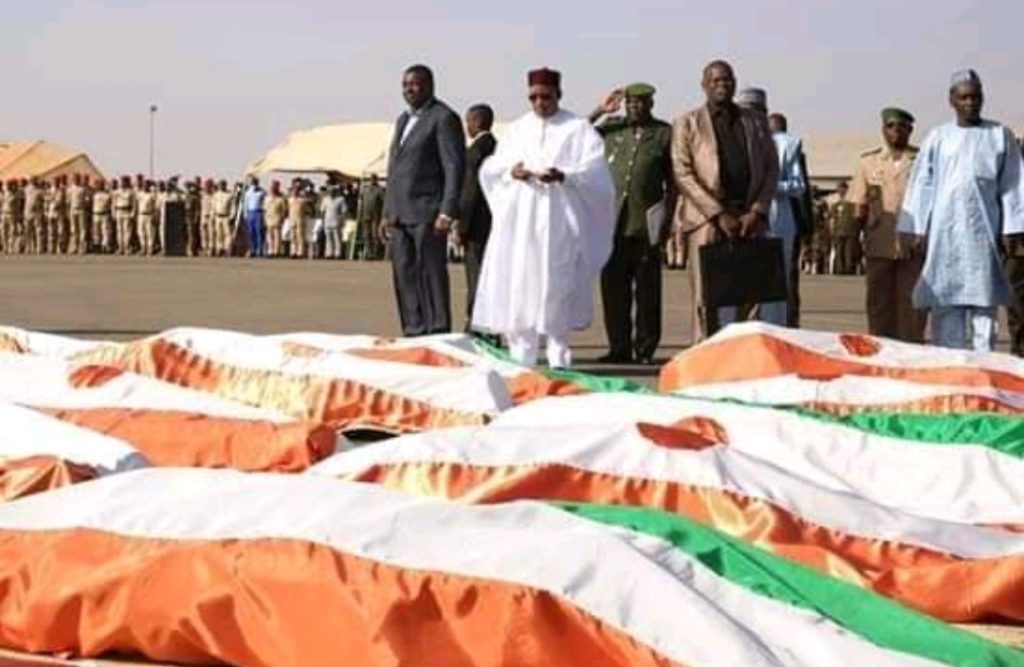 We reported last week how terrorists had killed 71 soldiers of the Niger armed forces following a surprise attack on a military camp.

Following the gruesome massacre, leaders from west African countries fighting the jihadist insurgency in the Sahel held a prayer service in Niger beside the graves of 71 soldiers who were killed last week during an attack on a military camp.

They were buried on Friday inside a military base close to the capital Niamey.

The Islamic State (IS) group said it carried out the attack.

A regional force, helped by French troops, is battling the jihadists.

Analysts say the insurgency waged in the Sahel by militants linked to IS and al-Qaeda is escalating at an alarming rate despite the presence of thousands of troops.

Last week’s attack in Niger’s western town of In Ates was described as the deadliest raid against the Nigerien military in living memory.