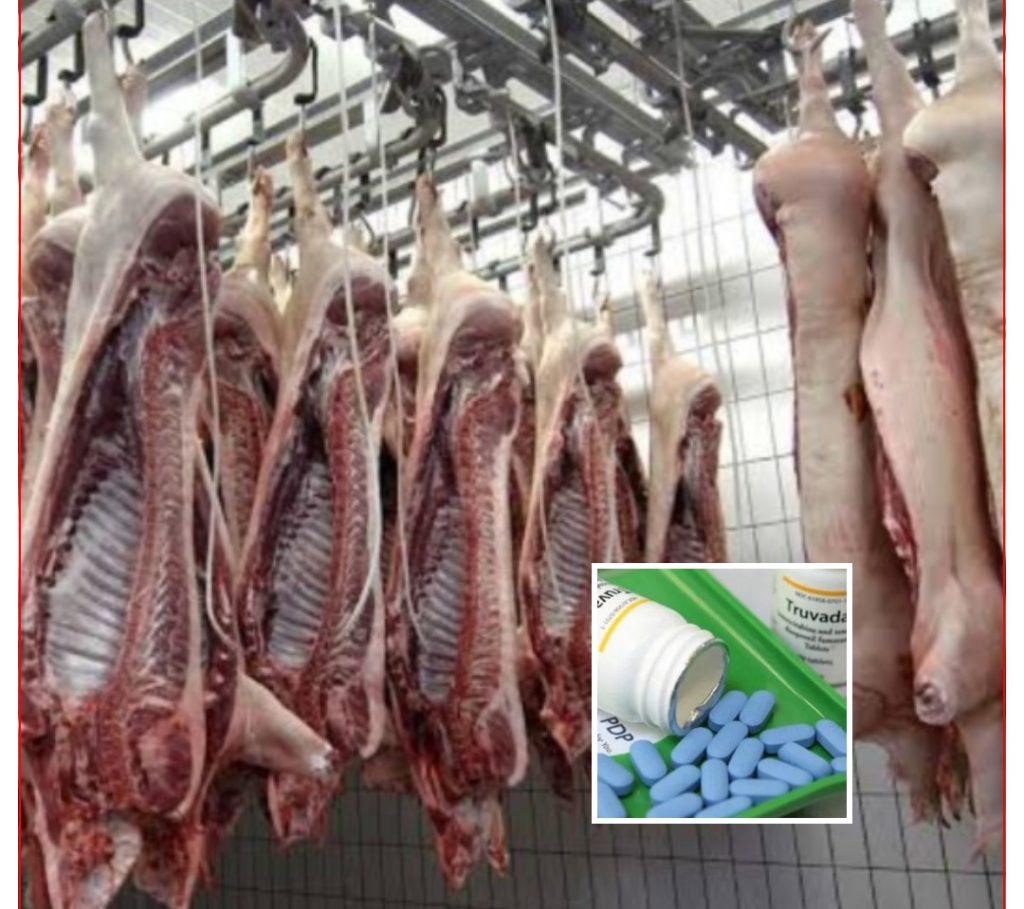 A new study has revealed that thousands of people who eat pork  in Uganda are unknowingly  exposed to Efavirenz and Nevirapine, both ARV-drugs, which farmers feeds to pigs so as to accelerate their growth.

The recent study conducted by Dr. Ritah Nakato, a researcher at the School of Biomedical Sciences, at Makerere University College of Health Science, indicates that pork consumers face adverse health complications as a result of consuming ARVs yet they are not HIV+.

She warns of the emergence of drug resistant strains of HIV in Uganda because of the indirect exposure of pork consumers to sub–optimal doses of HIV treatments or ARVs.

Results of the study published in the official journal of the International Federation for Tropical Medicine shows that ARVs are intentional adulterants of farm pig feeds and are a source of residues in pork that is consumed by a number of communities in Uganda.

In a yearlong laboratory analysis of Efavirenz, Nevirapine and Tenofovir at the department of Pharmacology and Therapeutics Makerere University, the researchers established two study sites in Teso and Wambizzi abattoirs in Lira and Kampala districts.

The sites were purposively selected to represent peri-urban and urban settings of Uganda but the findings were quite similar.

Most of the positive samples had higher concentrations of HIV drug Efavirenz than Nevirapine generally, according to Nakato.

She explained that although they tested the sample for Tenofovir, none of them tested positive.

Blood samples were collected from pigs brought to the slaughter houses during the study period and a total of 361 plasma samples were picked whereby 257 were from Wambizzi and 105 from Teso.

Overall, ARV residues were detected in 27.4% of the samples. Prevalence of ARV residues by the two study sites was at 19.1% and 47.6% in Wambizzi and Teso respectively.

Nakato says this off-label use of ARVs could lead to emergence of drug–resistant HIV strains.

Although there are no specific figures for drug resistant HIV strains arising from such exposure in Uganda as no survey has been done yet, she says in many African countries like South Africa already pre-treatment drug resistance is on an increase whereby it’s noted that prevalence rose from 5% in 2011 to 10% in 2014.

“The problem with this is that by the time one is enrolled on such treatment, it will not work for them and will need to be enrolled on either second or third line treatment, which is not only very strong treatment but is also more expensive,” Dr Nakato says.

She is worried that the use of Community Health workers and the increased access to drugs might further facilitate its off label use.

£The central ARV distribution to dispensing units including CHEWs is guided by the number of registered patients and their re-fill schedules.

Off-label use therefore culminates into poor adherence,” she said, addeding that “In our focused group discussions farmers said they access ARVs for about $ 0.05 per pill.”

She said all the respondents who agreed that they add ARVs in their feeds acknowledged that they do this to boost the immunity of animals and also to fatten them. The respondents said animals fed on ARVs are rarely attacked by diseases.

However,  she only studied samples that have a verification stamp for slaughter from a veterinary officer in charge since this is a standard public health requirement by authorities, although there are many other pigs slaughtered in villages without approval from veterinary officers.