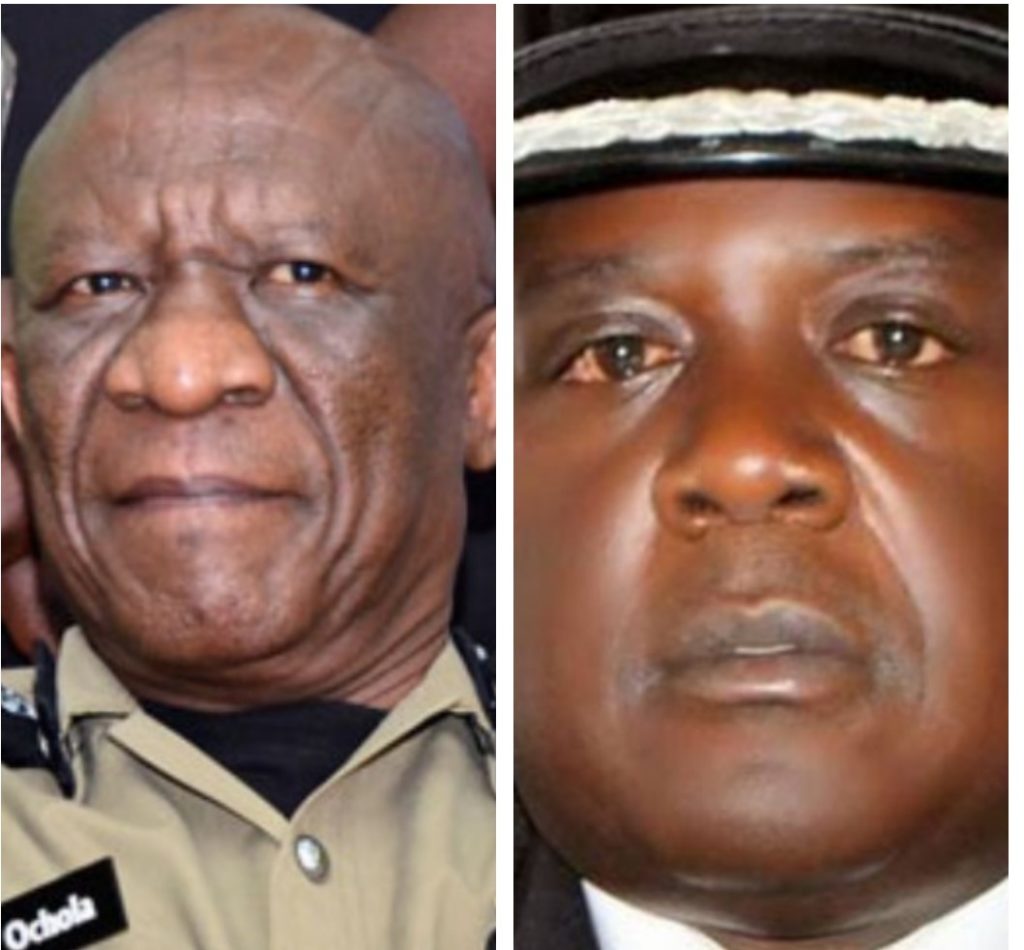 Following  Ochola’s orders,  detectives and senior police officers sealed off Bagirana’s office at the Logistics Directorate of the Uganda Police Force along Jinja Road on Wednesday.

The sudden changes  were explained by  senior officers  to their juniors as “creating conducive means for handover of AIGP Godfrey Bangirana.”

All employees working in the Logistics Directorate were also evicted from their offices and told to wait for further instructions.

The operation  to evict Bangirana was commanded by  the Joint Chief of Staff of the Police Force, AIGP Bakashoma who had earlier on called Bangirana on phone reminding him of his impending handover of the entire Directorate. However, Bangirana  tried giving him excuses, saying he was finalizing a few things and refused to show at office.

“It’s not a request Mr. Bangirana. It’s a directive. You must handover office at 2:00Pm today and I am waiting here for the same,” Bakashoma reportedly told Bangirana on phone.

Our Spy reveals that Departmental Heads were reportedly very eager to help their boss pack his bags, after  handing him their inventory reports.Bangirana is meant to handover to  SCP Richard Edyegu but he has been playing monkey tricks ever since his tenure expired last year.

The departments whose inventories Bangirana had to hand over include that of Transport Officer, Classified Stores, Quarter Master, Inspector of Vehicles (IOV), and Estates among others.

Bangirana’s days as the logistics officer started dwindling after a Police Advisory Committee (PAC) meeting held a fortnight ago, in reference to  reports that he had become a demigod of sorts in Police., Ocholla complained of the intrigue that had even sieved its way into the media.

“This has reached worrying levels. Is Mr. Bangirana still in office,” Ocholla reportedly asked, directing the question to the Chief of Joint Staff Bakashoma who, reported how Bangirana had asked for more time.

Shaking his head impatiently, Ochola ordered that Bangirana should leave office on the following Wednesday. We can’t ignore a Court Order. That is impunity,” he’s quoted to have said.

However, that was the eve of President Museveni’s visit at the Police Headquarters and Bakashoma never implemented the directive until on Wednesday this week when, some senior police officer reminded him of the directive from Ochola, which he promptly executed.

But Bangirana troubles had started earlier on after he lost a court case filed by Uganda Young Democratic members led by Isaak Maado, the Administrative Secretary, in which his illegal stay in office after expiry of his tenure was challenged.

Lady Justice Esther Wolayo who at one time was accused by the complainants, of helping the police boss to continue abusing the law, ruled  that  Bangirana’s continued stay in office was illegal.

Bangirana had earlier on also been investigated by Parliament over alleged   illicit wealth and  overstaying in office.

In one of the investigations, Parliament discovered that Bangirana had been involved in blowing billions of money on repairing a Police Chopper using money that could have bought a new one.But  even after the legislators  recommended that Bangirana steps aside further investigation, he ignored Parliament and remained in office, until IGP Ochola gave the orders  for his eviction.