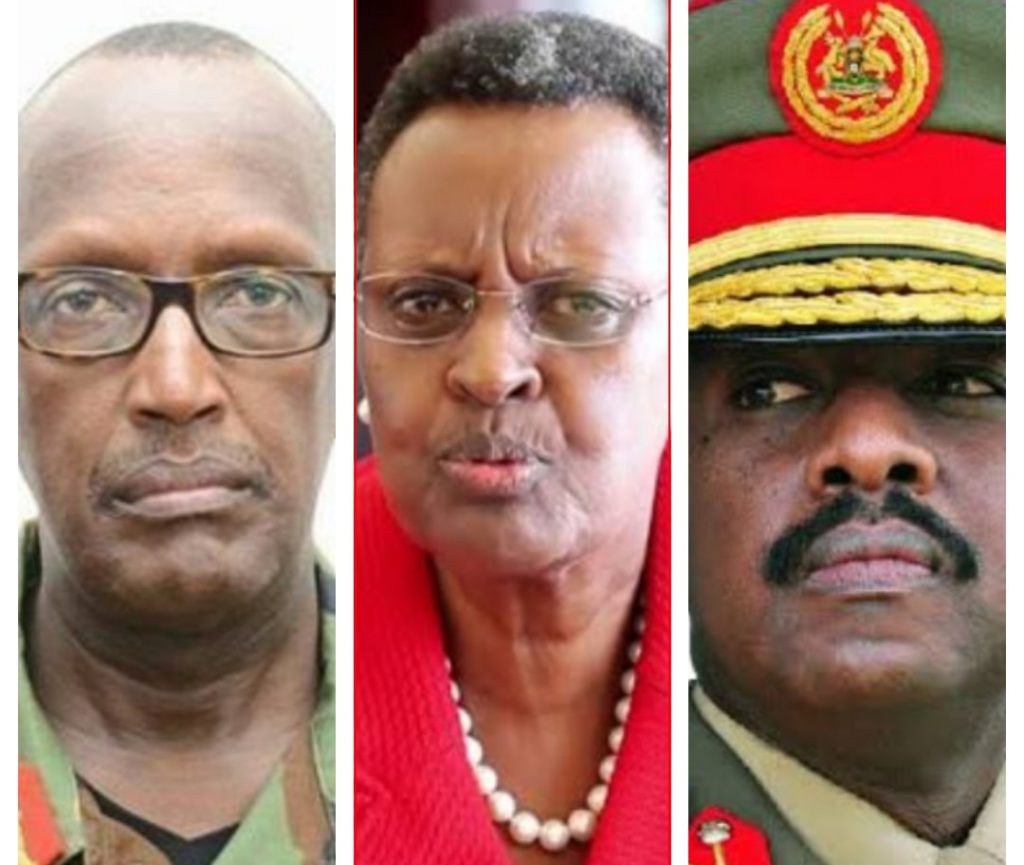 There is fire in State House following the arrest of presidential aspirant Lt. Gen. Henry Tumukunde, who was arrested by the Chieftaincy of Military Intelligence (CMI) on Thursday evening.

We have learnt that following Tumukunde’s arrest, the First Lady Janet Kataha Museveni has since intervened in the matter and demanded his immediate release.

According to sources, the First Lady has since assured Gen. Salim Saleh and First Son Gen. Muhoozi Kainerugaba to desist from threatening Gen. Tumukunde with death if he doesn’t pull out of the 2021 presidential race.

The situation in State House is said to have escalated so much that the First Lady has since vowed to protect Gen. Tumukunde with her last drop of blood.

“Gen. Tumukunde has approached me crying for protection from Special Forces soldiers who are following him wherever he goes, threatening him with death if he doesn’t quit his presidential ambition and that Gen. Saleh is constantly jumping on him with intimidations, the same Gen. Saleh who led Tumukunde in fake property deals and loans that have led to Tumukunde’s bankruptcy,” the First Lady reportedly yesterday.

She reportedly added that “Gen. Tumukunde is not just a war hero, he gave his life to liberate this country and he is the most remarkable architect of the UPDF from a rag tag rebel army to a professional army with formal and legal structures, you must treat him with respect and take note that;I will protect Gen. Tumukunde my kinsman with my last drop of blood.”

Gen. Tumukunde was charged with treason following the utterances he made on NBS TV last week, in which he urged Rwandan President Paul Kagame to join forces that want to overthrow President Yoweri Museveni.