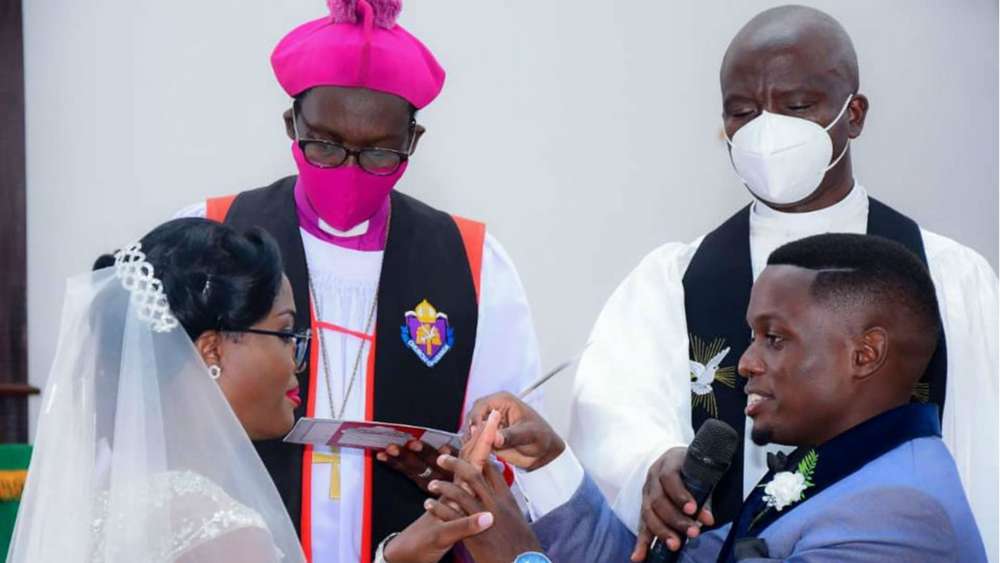 The Venoms star finally married his long-time fiance after a proposal that was made at St, Mary’s stadium six months ago

Mucureezi finally married Sabae after proposing to her on February 26 at the club’s St Mary’s Stadium, Kitende.

“Congratulations to Mr and Mrs Mucureezi. May God bless this marriage and bring many blessings upon your new family, Paul Mucureezi,” Vipers wrote the short message meant for their star on Facebook.

“For better, for worse, for richer, for poorer, in sickness and in health, to love and cherish, until death does us part, said Paul Mucreezi,” Ugandan Cranes Tweet read.

‘For better, for worse, for richer, for poorer, in sickness and in health, to love and cherish, until death do us part.’
Said @MucureeziP to Esther
Congratulations pic.twitter.com/XWeviVoGE0

Meanwhile, Uganda’s head coach Johnathan McKinstry has revealed his great hope of making it into the semi-finals or the final of the African Nations Championship (Chan) or the Africa Cup of Nations (Afcon) while in charge.

Uganda are expected to participate in the continental tournaments and McKinstry hopes the free hand he has been given to select players has been of great importance.

“The selection for the Uganda Cranes is done by the technical team comprised of Abdallah Mubiru, Livingstone Mbabazi, Fred Kajoba and I make the final decision,” McKinstry told our reporter.

“Why not us to get to the semi-final or final of Chan or Afcon. I think we have got what it takes to reach there especially if all the stakeholders work in the same direction.

“It’s the first time in my coaching career in Africa and Asia that the FA officials aren’t interfering in technical decisions. I’ve always interacted with Moses Magogo [Fufa President] and Edgar Watson [Fufa CEO] but we strictly discuss logistical issues.”

‘Why not us to get to semifinal or final of CHAN or AFCON . I think we have got what it takes to reach there especially If all the stakeholders work in the same directior.

The Cranes have established themselves as a footballing success story in the East African region and won the Cecafa Senior Challenge Cup for the record 15th time at home last year. To the former Rwanda coach, the fortunes have come due to the investment being done.

“Countries like Uganda are investing in their success and whatever happening is not by magic,” the Northern Irish coach concluded.

The Cranes will participate in the Afcon and World Cup qualifiers soon after Caf released a new calendar after the initial schedule was disrupted by the coronavirus.

Nations will play the third and fourth round of Afcon qualifiers between November 9-17, while the final two matches will be held between March 22-30 in 2021.