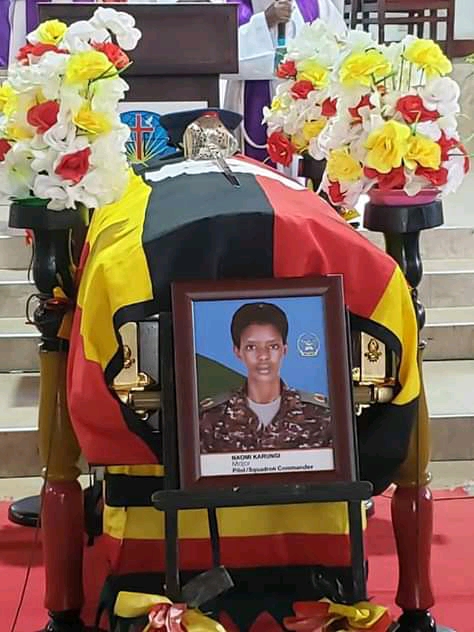 The Uganda Peoples Defence Forces, both Land and Air Forces have today held a requiem service Maj. Naomi Karungi, who died in a helicopter crash on Tuesday in Gomba hills.

The requiem service which was held  at Church of Uganda, Bugolobi, was attended by several UPDF, UPDAF, Uganda Police officers, plus Karungi’s relatives and other mourners.

Chief among the mourners was the Chief of Defence Forces Gen.David Muhoozi.

The celebrated army pilot was killed together with her trainee Bernard Wakalu when the army Chopper,  Jet Ranger A-F302 crashed in Gomba hills.