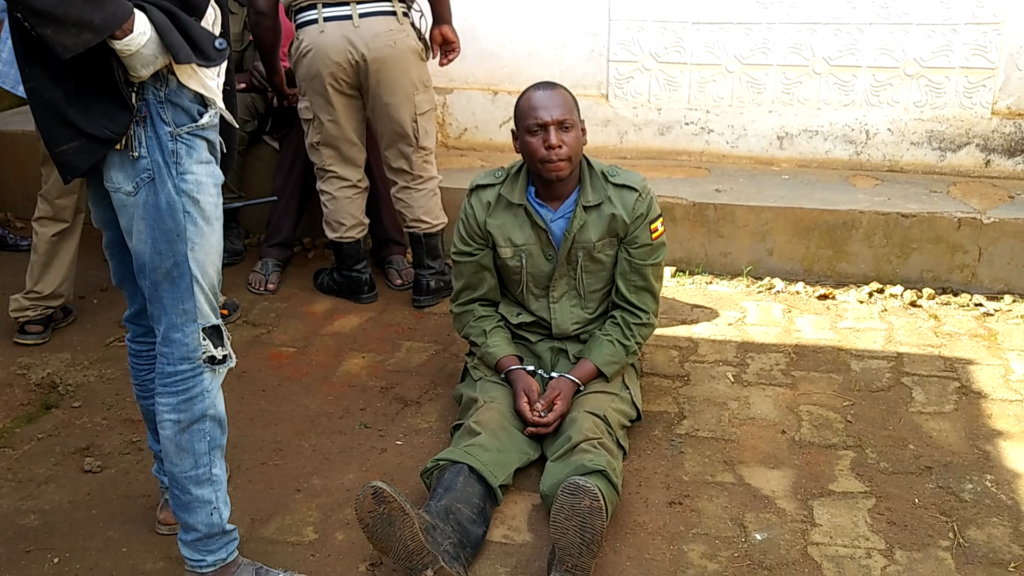 Uganda People’s Defense Forces-UPDF and Local defence unit officers have arrested a man posing to be an LDU officer, The suspect is 38-year-old Aziizi Sempala, a resident of Kyawamboggo village in Nakisunga Sub County in Mukono district.

Mukono Police together with UPDF officers searched Ssempala’s house and discovered government stores such as army uniforms, one bullet, tents among others.

Sempala is accused together with three others who are at large. The suspect was  reportedly holding roadblocks in and extorting money from bodaboda riders and car owners.

The residents continue to pin Aziizi for raping women while using the gun at night; “The local area leadership for working with Aziizi they always move with him in operations, whenever we report our issues we are not helped” said the residents.

Lutaaya Jimmy, a boda boda rider along Namuyenje _ Seeta Nazigo road, says Aziizi and his colleagues in the night stage roadblocks, and extort money from them amounting to 20000 and 15000 per motorist.

“When Aziizi stops you he sends you to his command in the darkness who collects the money and later they are allowed to go” Said Lutaaya.

When grilled by the Lt. Col. Kalema Mathew, the suspect claims the uniform belongs to his brother and he denied raping women and staging fake roadblocks.

Namuyenje Village chairperson Aloyzious Matovu admitted that they have been using him in their operations, but they didn’t know that he was involved in dubious acts.

“He has been part of our village security team for some times and we have never received any complaint against him so let let the law play it’s part” said Aloyzious.

Aziizi was briefly held at Mpoma barracks in Mukono and later handed over to SIU Kireka.