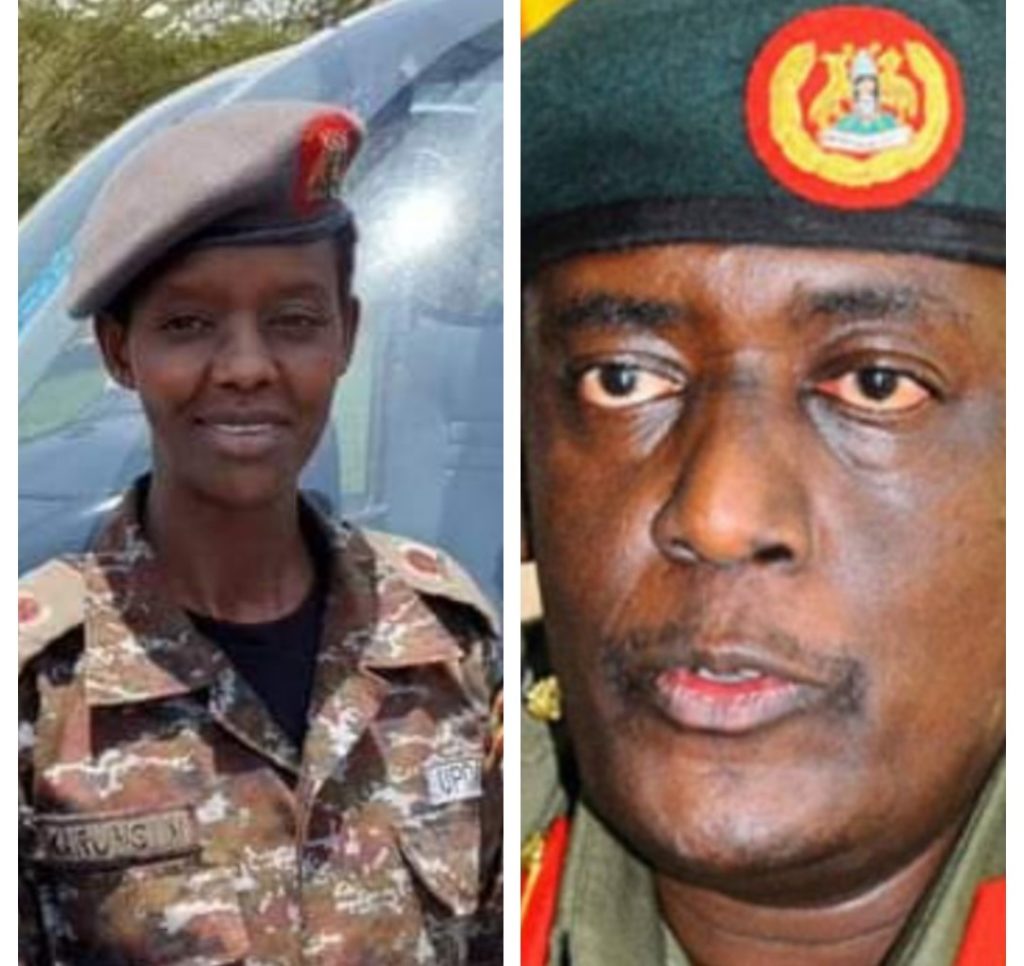 Maj. Naomi Karungi, who was the only female pilot in the military and cadet pilot Benon Wakalo, perished in the chopper crash that has since sparked off many unanswered questions.
Karungi and Wakalo were buried last week and the army described them as patriotic and hardworking.

However, the  cause of the crash hasn’t been established to date and it because of this that the Chief of  Defence Forces (CDF) Gen. David Muhoozi has assigned Gen. Mugira, who heads National Enterprise Corporation (NEC) to head the investigations

Elite News website has  learnt that other members of the Board of Inquiry include Brig G Katsigazi the Deputy Commander Air force and Brig C Okidi the Airforce Chief of Staff.

The 3-Star General previously headed an inquiry into the death of the Late Brig Noble Mayombo and the Inquiry into the 2007 Kapchorwa accident in which 72 UPDF soldiers and their family members were killed.

The UPDF spokesperson Brig. Richard Karemire confirmed Mugira’s appointment. “Gen. Mugira was chosen by CDF to lead the investigations”
Asked how long the inquiry will take, Karemire responded: “As long as it is necessary.”

However Gen. Mugira wasn’t available for a comment by the time of filing this report.
Mugira, a law graduate from Makerere University, is considered as one of the shrewd, amiable and hands-on military officer.

Mugira headed the Chieftaincy of Military Intelligence before he was deployed in Luweero Industries.

Later he was appointed Managing Director of NEC, the UPDF commercial arm, which he has since made vibrant and profit making institution.