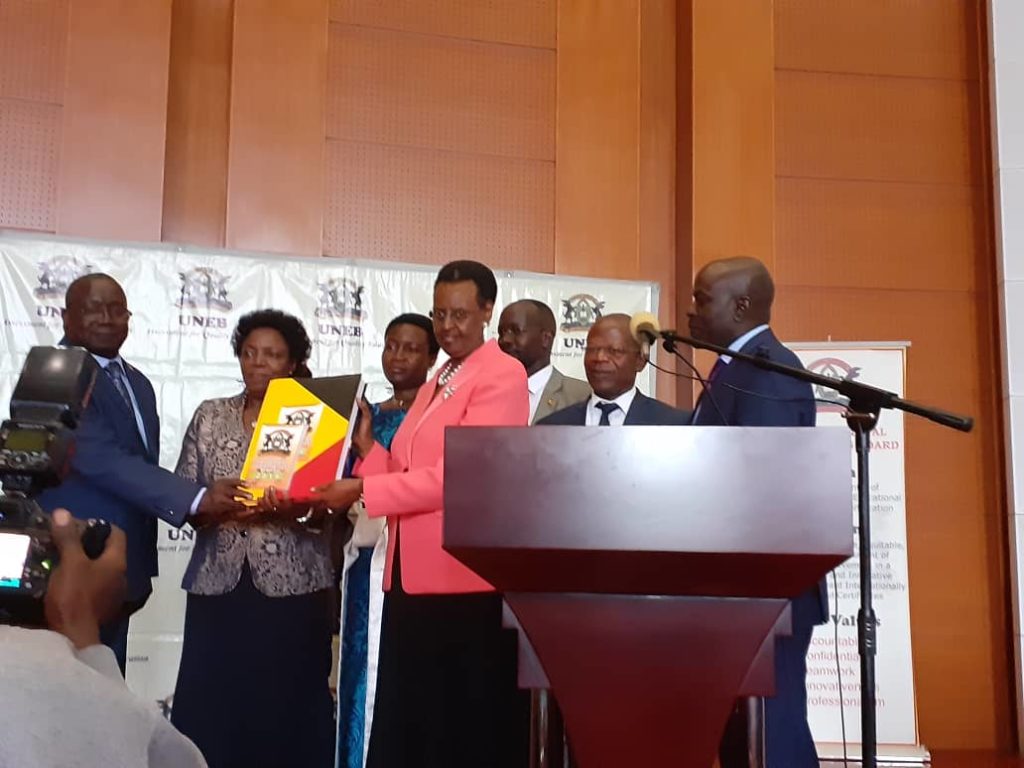 The Uganda National Examinations Board has today Friday morning released the 2019 Uganda Certificate of Education (UCE) results, during a ceremony held at the Prime Minister’s office.

First Lady Janet Kataha Museveni, who is also the minister for Education and Sports, presided over the ceremony held at the Office of the President in Kampala, during which UNEB Chairperson Prof. Mary Okwakol and Executive Secretary Dan Odongo handed over the results to her.

Prof. Okwakol said the exams were conducted smoothly, free from leakages and cases of malpractices had reduced compared to 2018.
She noted that “Overall performance in the UCE 2019 examinations was better than that of the previous year. It improved from 87.2 per cent in 2018 to 92.2 per cent.”

He revealed that out of the total number of  candidates 144256 were beneficiaries of the Universal Secondary Education (USE) government programme.