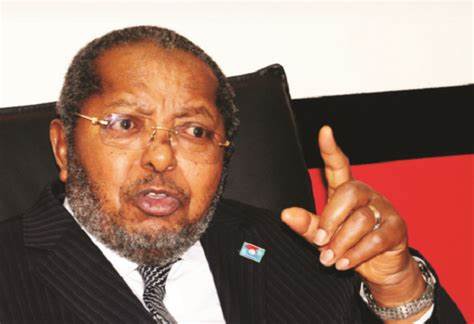 The loans affected by the Commercial Court ruling represent at least $1.5 billion worth of debt, according to an industry body.

The Bank of Uganda said it did not regulate lending that involved “using funds obtained from foreign banks that do not take deposits from the public in Uganda.”

“Foreign banks lending deposits held in jurisdictions other than Uganda are regulated and supervised by their home authorities,” it said in a statement. “It is not mandatory for a foreign bank to establish a representative office in Uganda in order to conduct lending.”

The central bank’s position does not override the court’s ruling but it potentially boosts chances of a successful appeal.

The court’s ruling concerned a lawsuit Ugandan businessman Hamis Kiggundu and his firms brought against Diamond Trust Bank from neighbouring Kenya and its Ugandan subsidiary.

Both banks had put together syndicated loans for Kiggundu and his businesses over several years, but after a dispute over repayments Kiggundu sued arguing the loans were illegal because the Kenyan bank did not have a Uganda banking licence issued by the central bank.

In the ruling, the judge sided with the plaintiff, saying all banks, local and foreign, needed a license to conduct lending business in Uganda.

Ugandan banks have traditionally relied on syndicating big credit lines or loans with parent banks in bigger markets to serve major corporate customers and the ruling, which has been appealed, threw the fate of such loans in doubt.

The central bank also said lending in Uganda by international development finance institutions did not require its license even when funds were routed through a local bank.