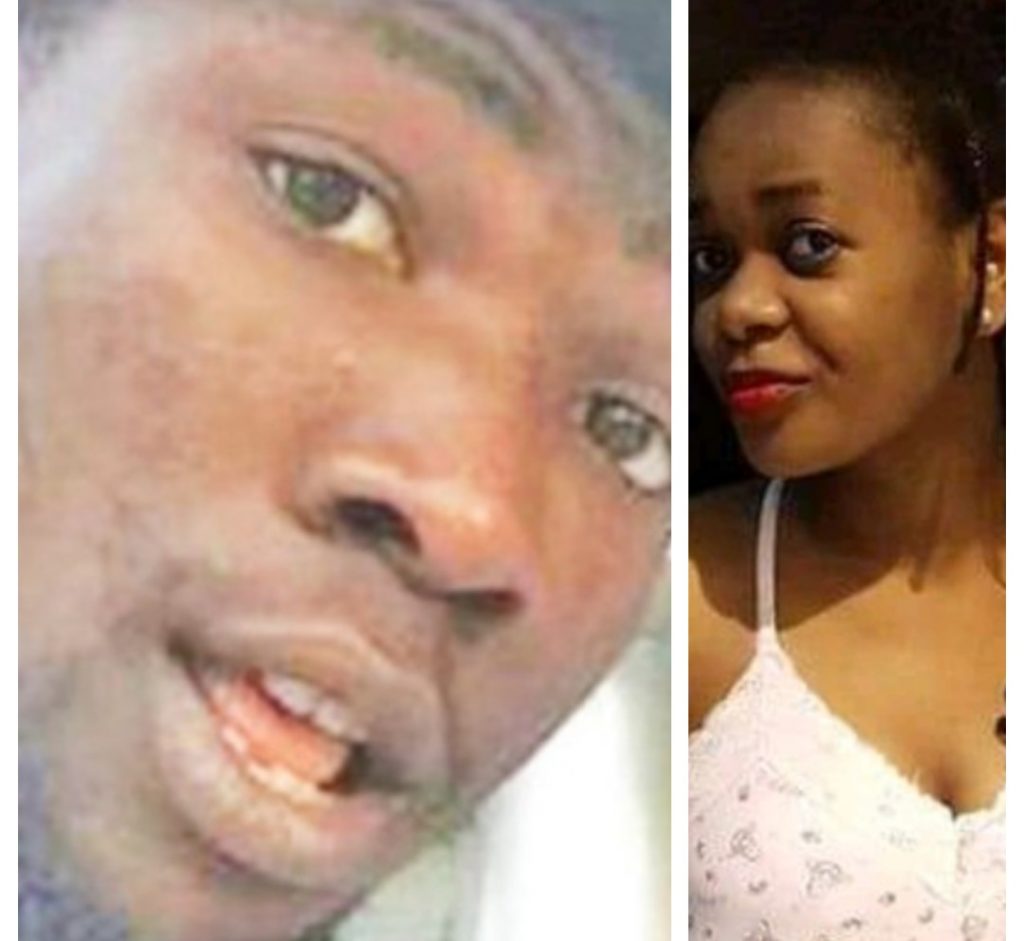 Shocking news reaching us indicates that a Ugandan man working in Turkey identified as Sharif Sentoogo’s aka Madi, 20, was a few days ago killed by a Nigerian only identified as Bullet, after they fought over a babe.It is reported that Madi was killed after being severely hit by a Whiskey bottle on the head while at Afro Istanbul Club, a bar in Istanbul, Turkey.

According to our sources Madi and Bullet were fighting over a babe only identified as Fat in a bar when the latter hit the former on the head, which eventually led to his death.Madi died at Samatya Education and Research Hospital in Istanbul, where he was rushed after the bar brawl.
So far, reported from Turkey indicate that theBar where Madi was killed has since been closed, he Nigerian bar owner and his girlfriend were arrested, while the manager is still on the run.

However, what shocked Madi’s relatives and family members in Uganda was that by the time his body arrived in Uganda it was missing vital organs like the heart, kidney, liver and others, although authorities non Turkey didn’t explain how the organs disappeared, where they are and why they were removed.

However, we have learnt that the Nigerian murderer only identified as Bullet, has since been arrested together with several of his workers, including bar bouncers, as police investigations go on.

The bar was being managed by a one Davis Kasujja, the chairman of the Ugandan community in Turkey, who is on the run.
Sentoogo, who had traveled to Turkey for kyeyo (odd jobs), was a casual worker in a textile factory in Istanbul.

How it startedAccording to eyewitnesses, it all started when the unidentified Nigerian bar owner popularly known as Bullet asked one of his workers only identified as Fat to stay behind because she had reportedly broken a chair in the bar.

However, this did not go down well with Sentoogo since Fat, who is also a Uganda, was his girlfriend and they were supposed to retire back home together.

It is said that When Sentoogo tried to intervene, the Nigerian hit him with a whiskey bottle and he fell down.

Shortly after, the bar bouncers came and held Sentoogo. At that point, the Nigerian hit Sentoogo again, twice on the head, and he blacked out.

They locked him in one of the rooms, but later one of the bouncers lifted him, and took him back to his room, which is near the bar,” narrated a witness.

According to sources in Turkey, the incident happened on the night of November 3, during a show where two Ugandan musicians; Nina Roz and Rodney Y Kabako, performed. The show was organised by Os Empire and Bigs Entertainment.

It is said that the incident happened shortly after the show had ended and the musicians had gotten off the stage.

However, friends who witnessed Sentoogo being carried to his room intervened and rushed him to Samatya Education and Research Hospital in Istanbul,where he was admitted in a critical condition that night, only to be pronounced dead a few hours later.

“Doctors said that the young man was brain dead but his organs were still alive. Organs trade is a very lucrative business here,” the source, who is in Turkey, revealed.

The hospital is said to have asked for about USD7,000 (about sh26m) as of last week, but the bill is still rising and it is said they removed the internal organs such that they could sell them to offset the hospital bill.

Doctors did not want to remove the organs without the approval of the parents because it is illegal in Turkey but they had no choice.
However, there are also unconfirmed reports that Ugandans in Turkey sell-off organs of there colleagues, especially those who fall sick.

When Sentoogo’s friends contacted his father, Swaibu Kamya, who is in Uganda, the father reportedly contacted friends who advised that the matter needs investigation.

Kamya reported to Interpol, which referred him to the Ministry of Foreign Affairs. But Kamya said whereas he met with some officials at the Foreign Affairs ministry, he has not been helped.Kamya, a resident of Kawempe, said he received contradictory statements about the death of his son.

“First, they told me that it was a car accident, than later, they told me he was hit with a bottle in a bar. If he was beaten in a bar, isn’t there justice in Turkey?” Kamya wondered.

Although he has not formally allowed the tradeoff of his son’s organs, Kamya said he had verbally accepted on phone to have the organs removed so that the body could be released by the hospital for burial.

“The Ugandans in Turkey led by their leader called Kasujja called me and told me that each day the body spends in the hospital, it would cost USD2500 (sh9.2m), and that if I fail to clear the bills, they would cremate my son’s body from Turkey.

I got scared and I allowed them to remove the organs if that is what could ensure the return of his body. Even my friend Paul Bwambale wrote a letter accepting the removal of the organs,” Kamya said.

But Kamya later changed his stand, and called back his son’s friends living in Turkey who he asked not to allow the tradeoff of his son’s organs.

“I became suspicious when I asked Kasujja why they were not using the law in Turkey to hold the Nigerian bar owner responsible for the death of my son and the bills, and he (Kasujja) instead got annoyed.

Yet it was Kasujja and his friends who were making incessant calls asking me to assent to the organ tradeoff,” Kamya explained.

Kamya revealed that after he changed his stand, he received another call from a one Bashir in Turkey, who informed him that the Nigerian community there was fundraising to ensure that they clear the hospital bill so that Sentoogo’s body is released and sent back to Uganda for burial.

Upon return, Sentoogo’s remains were  buried at his ancestral home in Luwero. Before he left for Turkey, Sentoogo was staying in Bwaise, Kawempe Division, Kampala. The third born in a family of four children, Sentoogo didn’t have any child.

Foreign AffairsArmed with the letter written by Bwambale (Kamya’s friend), sources in Turkey revealed that Kasujja contacted Ambassador Steven Mubiru in Turkey, whom he attempted to convince that Sontoogo’s family had consented to the organ tradeoff. But Kamya insists he did not consent.

However efforts to secure a comment from the Foreign Affairs Ministry permanent secretary, Ambassador Patrick Mugoya, over the matter were futile since he couldn’t be got on phone.