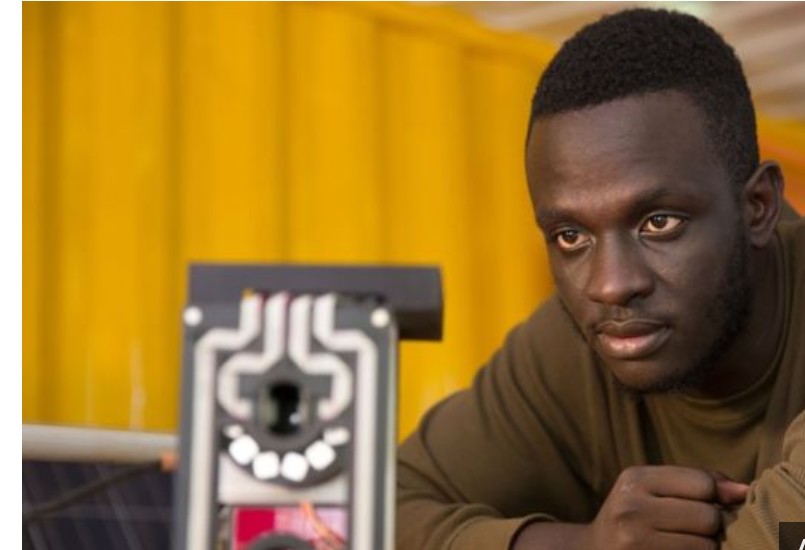 Brian Gitta, 24,  a Ugandan inventor, has won the Royal Academy of Engineering’s Africa Prize for a device that detects tell-tale signs of malaria by shining a red beam of light on the patient’s finger, which is different from the traditional method of drawing blood.

The diagnosis is ready to be shared to a mobile phone in a minute, using the App he invented.
Gitta said he developed the device, called Matibabu, after blood tests failed to diagnose his own malaria.

Malaria is the leading cause of death in Uganda, but it took four blood tests to diagnose Gitta with the disease, Shafik Sekitto, who is part of the Matibabu team, told the BBC’s Focus on Africa programme.

“[Gitta] brought up the idea: ‘Why can’t we find a new way of using the skills we have found in computer science, of diagnosing a disease without having to prick somebody?” Sekitto said.

‘It’s a perfect example of how engineering can unlock development – in this case by improving healthcare.”

Matibabu, which means “treatment” in Swahili, clips onto a patient’s finger and does not require a specialist to operate.

Its red beam can detect changes in the colour, shape and concentration of red blood cells – all of which are affected by malaria.

The majority of global deaths caused by malaria – usually transmitted by the bite of an infected Anopheles mosquito – occur in sub-Saharan Africa.

Gitta’s team hopes the device can one day be used as a way to better detect malaria across the continent.

But before that, Matibabu has to go through a number of regulators before being available in the market, Mr Sekitto told the BBC.

It is “not an easy journey because you have to prove beyond reasonable doubt that the device is safe for human use”, he said.

In the meantime, the Matibabu team are currently writing an academic paper on their findings, have been approached by international researchers offering support, and are currently performing field trials on the device.

“The recognition will help us open up partnership opportunities – which is what we need most at the moment,” Gitta said in a statement.