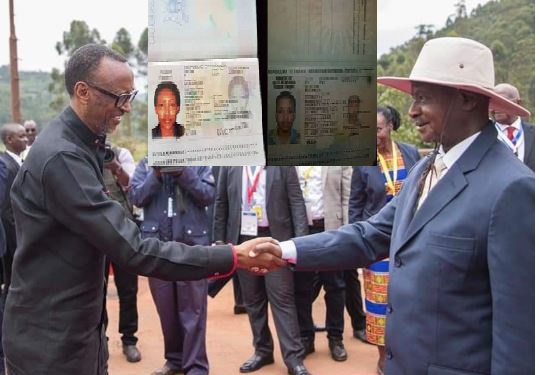 The Ugandan government had Friday withdrawn the passport that had been issued to Rwandan rebel group leader Charlotte Mukankusi, who heads the Commissioner in charge of Diplomacy in the Rwanda National Congress (RNC).

Rwanda’s Minister of State for Foreign Affairs Olivier Nduhungirehe has confirmed that Uganda has withdrawn Ugandan Passport number A000199979 that was issued by Ugandan authorities to Charlotte Mukankusi. This was reported by Rwanda’s broadcaster, the Rwanda Broadcasting Agency (RBA).

Ms Mukankusi belongs to an opposition group that is outlawed in Kigali and the withdrawal of her passport is among the seven demands put forward by the Rwanda government to be put into action by the Government of Uganda, ahead of today’s Quadripartite Summit on the normalisation of relations between the two neighbouring countries.

According to RBA, other demands by Rwanda government to be taken into action by Uganda include to disband the Rwanda National Congress and RUD-Urunana networks in Uganda, and to arrest and extradite all its members so that they can face justice in Rwanda.

Rwanda has also asked Uganda to refrain from all actions meant to destabilise the Republic of Rwanda and eliminate all factors that may create such perception; and to hold accountable facilitators of RNC and RUD-Urunana networks, including Minister of State Philemon Mateke, Brig Gen Abel Kandiho, Brig Gen Fred Karara, Col CK Asiimwe, Maj Fred Mushambo, Col Kaka Bagyenda and other government officials involved in the same activities.

Rwanda also wants the body of Emmanuel Mageza to be repatriated for a decent burial in Rwanda and for Uganda to provide explanations about the circumstances surrounding his death. So far the deceased’s family the Rwandan suspect who was buried in Kampala wants the remains of his body and a postmortem report.

The neighbouring country also seeks clarification about two other Rwandan citizens, namely Sendegeya Théogène and Rwembo Mucyo, who were allegedly transferred from CMI to Butabika Hospital and later went missing, as well as to have Julienne Kayirere be reunited with her child Joana Imanirakiza. Kayirere was allegedly abducted in Uganda and separated from her one-month baby, when she was arrested on 29th November 2018 in Mubende District.

The Rwandan government also wants all Rwandan citizens illegally detained in Uganda to be unconditionally released. Uganda accuses Rwanda of infiltrating its security agencies and undermining national security, while Kigali accuses Kampala of arresting its nationals and detaining them without trial.

The border closure has affected trade between the two countries and movement of communities at the border many of whom are related.