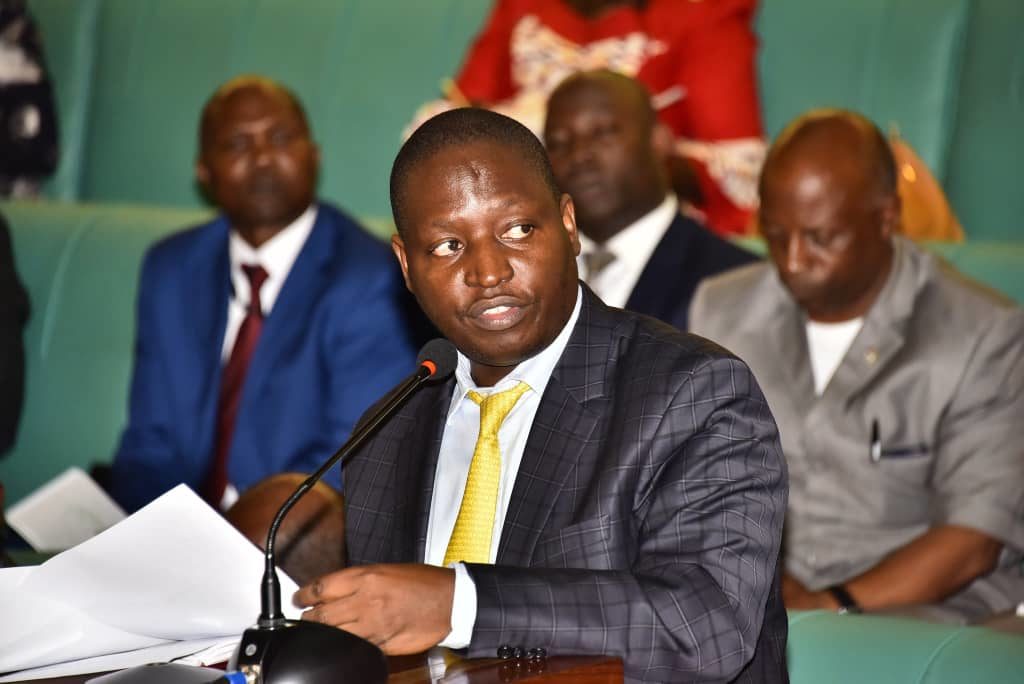 The government of Uganda intends to borrow over Shs2 Trillion to finance a budget shortfall realised a few months into the 2019/2020 financial year.

In a domestic loan request presented to Parliament, Government indicated its plans to borrow up to Euros 300 million from each of two local banks: Stanbic Bank (U) Limited and Trade Development Bank.

The Minister of State for Finance (Planning), Hon. David Bahati, presented the proposal to the House on Wednesday, 04 December 2019.

The Constitution requires Government to seek Parliament’s approval before it can take on or guarantee a loan.

However, five months into the financial year, government realised a low revenue performance, which is attributed to delays in implementation of some administrative measures which had been projected to generate revenues including: the Digital Tax Stamps (Shs150 billion), electronic fiscal devices (Shs170 billion), rental income tax (Shs 174.63 billion) and the MTN Uganda national operator license fees of US$ 100 million.

“In order to implement the Budget for FY 2019/2020 and meet the additional expenditure pressures, Government must borrow either domestically or externally to cover the budget deficit,” the Minister said in his proposals.

He said that the Ministry received four offers from the market which included Trade and Development Bank (TDB), Stanbic Bank (U) Ltd, Absa and Citi Bank, two of which offered the best terms.

The Minister also said that the FY 2019/2020 has additional expenditure pressures amounting to Shs1,432 billion intended for security or classified expenditure; wage shortfalls; counterpart funding obligations for projects; and emergencies.

Further, the Minister said that certain decisions of Parliament including the refusal of the proposal for accounting for rental tax, imposition of a minimum tax of 0.5 per cent on losses carried forward beyond seven years and the repeal of one per cent of withholding tax on agricultural supplies led to a Shs48 billion revenue shortfall.

He said that even after submitting a supplementary request of Shs 437.6 billion to Parliament, the national budget has additional expenditure pressures amounting to Shs1,432 billion intended to cover security and classified expenditure; wage shortfalls; counterpart funding obligations for projects; and emergencies.

Deputy Speaker, Jacob Oulanyah, who chaired the sitting, referred the proposals to the House Committee on National Economy to consider and report back to the plenary.