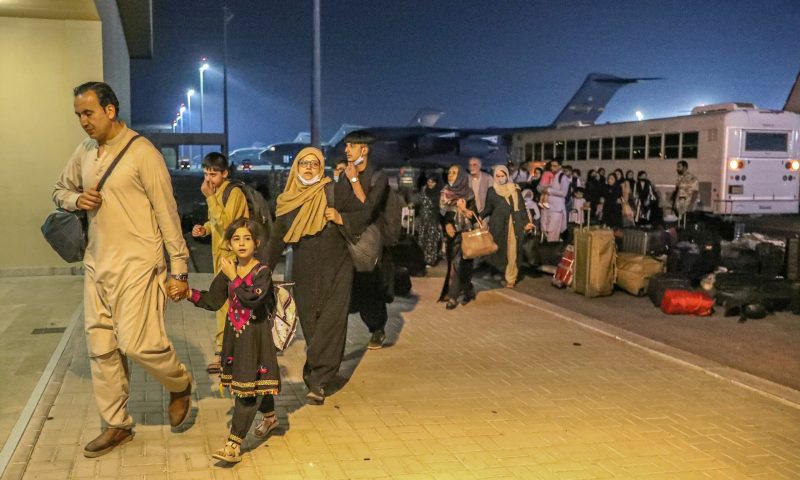 A flight carrying Afghan evacuees fleeing the Taliban takeover of their country touched down early Wednesday in Uganda where they will be given temporary refuge, government officials said.
The foreign ministry said a charter flight carrying 51 Afghans, including men, women and children, landed in the lakeside city of Entebbe, where they were whisked to hotels in a convoy of buses.
More evacuees from Afghanistan are expected to arrive at a later time in Uganda from the war-torn country, the ministry said.
It said it followed a request from the US government to temporarily host “at-risk” Afghan nationals and others who are in transit to the United States and other destinations worldwide.
“The decision to host those in need, is informed by the Government of Uganda’s consistent policy of receiving refugees and persons in distress as well as playing a responsible role in matters of international concern,” the ministry said in a statement.
Uganda hosts over one million refugees who have fled several conflicts and other disasters across eastern Africa