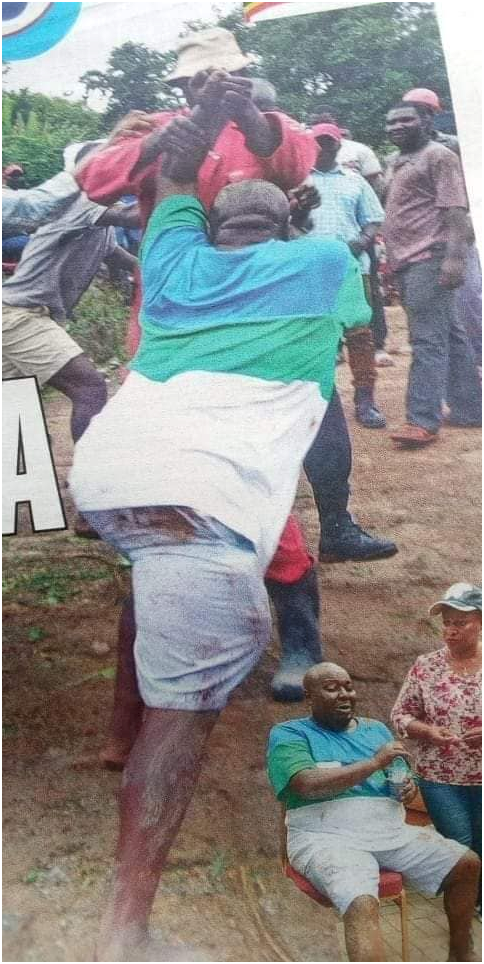 There is an  old adage which says that ‘The Rich also cry; That’s what’s happening in the life of flamboyant city Tycoon Godfrey Kirumira, who  was on Saturday involved a fist fight with workers and security officers guarding the construction site of Mulago Hospital surgeon Dr Ben Khingi, during which he got a thorough beating.

According to sources, it all started when Kirumira, who was chilling at his Muyenga-based Hotel International, heard a tractor excavating and widening the road near his hotel. He immediately got out, reached out to the tractor operator and
tried to stop him.

However, the security officers who were at site together with other casual workers refused to obey Kirumira’s orders, which resulted into heated arguments hence sparking off fist fights between the two camps.

The fight ended with Kirumira being thumped to pulp by trained security officers at the site, until he ran away while calling upon his family members to rescue him.

Kirumira ran barefooted because slaps, blows and kicks were pouring on him from everywhere.He was later seen seated on a chair being comforted by his wife as he made some calls.