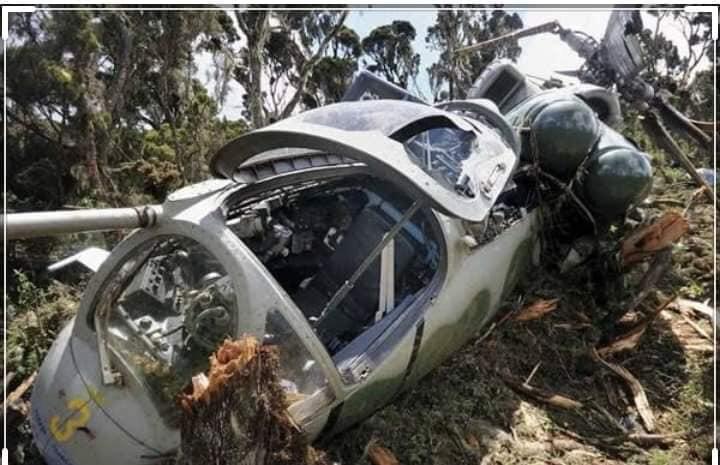 Two Uganda Peoples Defence Air  Forces (UPDAF) soldiers have died after a Jet Ranger helicopter they were training in crashed in Gomba district.

Brig. Gen. Richard Karemire, the UPDF spokesperson said a military helicopter had crashed in Gomba on Tuesday morning, killing the pilot and another crew member.
Karemire said the Jet Ranger AF 302 was on a training mission.

“Sadly. no one is reported to have survived.”
Victims have however not been identified.
Without giving further details, he said investigation into the cause has commenced
Karemire expressed condolences to the families of the deceased.

“We offer our condolences to the family members and entire UPDF fraternity,” he added.

It is alleged that UPDF contracted YAMASEC Ltd to purchase the spare parts, but Auditor General’s team deemed the contract as doubtful after documentation to that effect weren’t provided to auditors for scrutiny.
This revelation is contained in the 2018 audit report to Parliament.

Air Forces is said to be a critical arm in the maintenance of Uganda’s security.
The Uganda Air Force is a statutory institute and a service arm of the Uganda People’s Defence Forces, established by the Defence forces Act, 2005, Section 3 Sub section 2(b).

Its core tasks include; defending Uganda’s Airspace and supporting own land forces wherever they are, destroying strategic enemy positions and providing VIP transport.
Others are; peace support missions and relief in the event of natural disasters and all the other duties of UPDF as per Article 208 of the constitution of the Republic of Uganda.