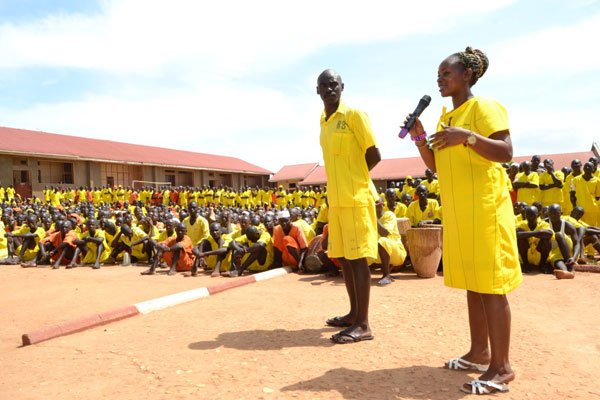 At least two inmates from Kakondo Prisons in Lyantonde District died and about seven others sustained severe injuries following a Wednesday morning road accident at Kiterede Village, Malango Sub-county in Lwengo District.When contacted on Wednesday, Uganda Prisons Spokesperson Mr Frank Baine, confirmed the incident.
The deceased have been identified as Isheme Willy aka Regan and Kagwa John who were respectively battling cattle theft and theft charges.

According to Mr. Baine, the two were part of the 10 prisoners and two prison staff who were heading for labour. The deceased’s bodies have been taken to Lyantonde hospital Mortuary.
He said seven prisoners were injured and the two who sustained serious injuries have been admitted to Masaka Regional referral hospital. The five inmates and prison staff identified as Asiimwe Emmanuel have been admitted to Kabula Health center IV

The preliminary investigations indicate that the officer in charge Kabula Prison didn’t adhere to administrative instructions of transporting inmates issued by the Commissioner General Fred Byabasaijja in January 2017.
The prison inspection team has been dispatched and their findings will inform the next course of action,” Baine said in a statement.