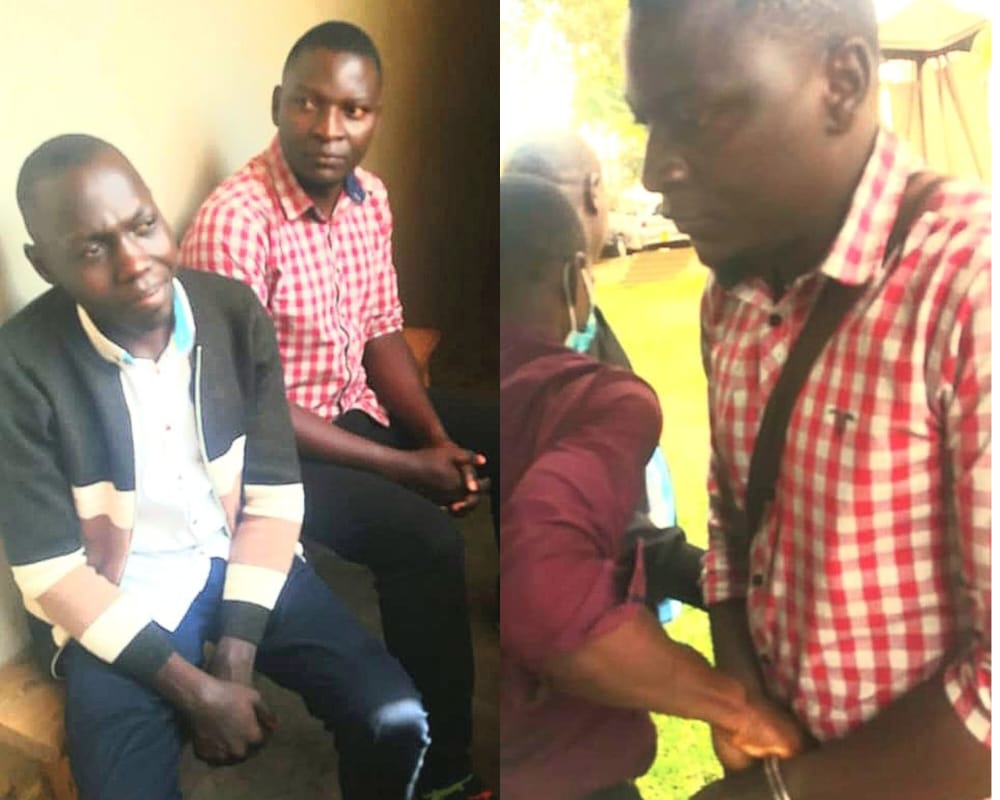 JAVIRA SEBWAMI AND REMMY ASITEZA HAVE BEEN ARRESTED, BOOKED FOR OBTAINING MONEY BY MENACE, BLACKMAIL, EXTORTION, MALICE AND SPREADING FALSEHOOD AGAINST HAM TOWERS
The police have arrested two Fraudsters involved in Obtaining Money by Menace, Extortion, Malice, Defamation and Spreading Falsehood against Ham Towers and recovered 4 millions Blackmail ransom Trophy from them today.
The suspects identified as JAVIRA SEBWAMI the founder of UGSTANDARD.COM and REMMY ASITEZA of the DAILYEXPRESS.CO.UG have been booked under reference number: SD REF 53/29/8/2022 VIDE KIRA
In their Falseful defamous blackmail article: they falsely alleged that: “Tenants at Ham Towers want the National Building Review Board (NBRB) and KCCA to immediately conduct structural integrity of the mall— Falsely alleging concerns of the multiple compression failures of reinforced Concrete Columns of the entire structure, with the mere intention of getting money from Ham yet the structure holds several structural Integrity reports some of which were carried out by KCCA itself on record.
They had intention of creating panic to the businesses at Ham Towers, Blackmailing, Holding Ham at ransom and destroying his reputation with a mere aim of getting money from the businessman.
When t hey were contacted by Ham Enterprises (U) Ltd.’s Public Relationship Manager telling them to withdraw their malicious defaming falsehood stories, they requested for 4 million shillings in order to pull down these forged stories. Additionally, these bloggers/fraudsters insisted that they simply forged the stories in order to get this money from Ham and indeed they had to get it if at all Ham’s manager wanted the stories withdrawn.
The Public Relations Manager Mr. Isaac Newton finally agreed to meet them and hand over the 4 million ransoms to these bloggers/fraudsters. He then contacted the Police which covertly escorted him to the agreed money disbursement scenes. Upon payment of the agreed ransom, they were all arrested and booked under reference number: SD REF 53/29/8/2022 VIDE KIRA DIVISION POLICE STATION.
When these bloggers/fraudsters reached Kira division police custody, they remorsefully confessed to these acts of Blackmail and Malice and started pleading for forgiveness regretfully.
It is so common for the youth of today looking for money through soft Fraudulent deals and acts like these instead of honestly working for a living.
It is advisable for the youth to stop looking for money through dishonest means but rather transform their mindset and do productive activities that can add value to their lives, communities and the country at large.