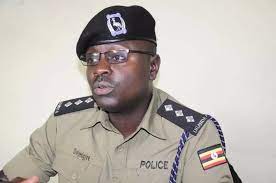 Police at Entebbe arrested two people on suspicion of participating in the murder Simon Onyait, a three year old in Wakiso District.

According to the the mother of the child, Anna Kevin Akello, she left her son, with the stepfather Francis Onyango, to go to work on Wednesday and when she returned from work at about 6pm , the child was missing.

They searched for the child and Onyait’s body was found later that evening at about 7pm in one of the rooms in an unfinished building occupied by one Kasawuli.

“The body of the deceased child was found with two stab wounds and Kasawuli’s clothes with blood stains were recovered and exhibited,” he said.

The police arrested the deceased’s stepfather and Kasawuli to help in the ongoing investigations.

The body was conveyed to the city mortuary at Mulago for a post mortem.