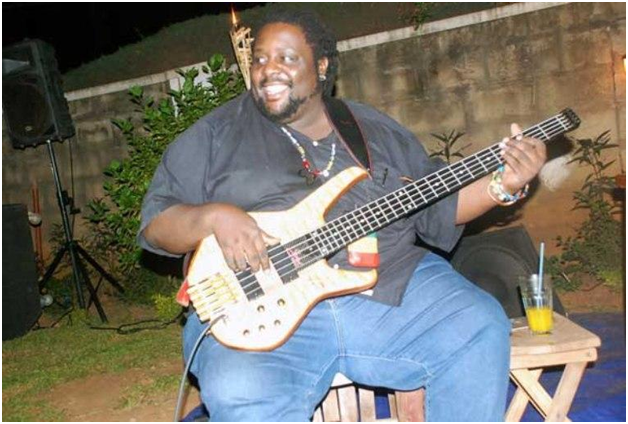 WHAT IS YOUR SACRIFICE?

(WHAT HAVE YOU GIVEN UP FOR YOUR CALLING?)

By 1994, after traversing the streets of Kampala and Nairobi trying to forge through a career as a Reggae Artist, the call to Rastafarianism and Pan Africanism was becoming incessant within I (me). The 1994 Global Pan African Movement Congress in Kampala was timely.

It’s from this, that the Pan African Movement HQ was set up in Uganda, at Muyenga. It was headed by the late Dr. Tadjhudin. We had several meetings and discussions with this very informed, well schooled Nigerian man.

The first thing he did was to lend me his copy of the book titled; “Rasta and Resistance”, by Horace Campbell. It was in this book that I read about the early formations of the Rastafari movement and the Marcus Garvey Back to Africa Movement.

How stalwarts like Marcus Mosiah Garvey and Leonald Howell were treated by not just the Colonial establishment, but their own people, taught me a lot about sacrifice and humanity. Society then thought what these men were saying was too far fetched, they were thrown into mental asylums!!

This is the foundation on which I built my thought process. I decided to start my journey, first, by not shaving my head. Being a youth then, this was going to be tough due to impatience of youth. Secondly, there were a handful of Dreadlocked folks in this whole city that I knew personally. Abel Bogere Kato was the closest to me.

Incidentally, it was not the first time I’d seen someone with locs. The first time was in my Primary school days. Everytime we trekked from Kabinja to Kings College Buddo, we used a path via a Shrine at NnagalabiBuddo, near the coronation site, there was an old Man who had dreadlocks and a long beard, all white!

While most kids were scared of him, after being indoctrinated by all sorts of Christian dogma, I found this man fascinating.

I asked around who he was, and why he sat out there every day. I was told that after The Kabaka was deposed and exiled in 1966, this gentleman vowed never to shave his head until the Kabaka, or at the very least, the Buganda Kingdom was restored. He became an outcast.

After about one year of not shaving my head, locs were developing, but I was impatient as I felt they’re taking “too long” to grow. I started asking around, how they can be made to grow fast. All sorts of theories were being bundled about; from using Omo to wash the head, to using egg York etc.

One night, I got a dream. I was standing on a balcony. Down below, Bob Marley was walking by. He stopped, looked above to where I stood which a look that said; “What do you wanna know/ask me anything”.

So I did, I asked him how I should grow my locs. He answered; “Just let dem grow man. Let the hair grow”. Then he walked on his merry way. That’s when I stopped thinking about hair.

You see, my focus should not have been on the hair, but on the reason why I decided to grow it in the first place; the mission, the sacrifice.

There are hundreds of Rastafari who went through untold suffering, including a shoot to kill policy by the Police in Jamaica. Many were shaved using broken glass bottles, others imprisoned, others forced to give up in order to confirm. Read about the Pinnacle Hill massacre.

However, there were a few who bore the brunt, lived in city sewers, others run to the hills and faced starvation, but refused to give up. You see; “Many are called, but few are chosen. Even fewer heed the call”. I had to stay the course no matter what.

By 1999, there were quite a number from the 1994 ‘stock’, who were still ‘Dread and active’. The first big trial to this calling was in the same year when I ended up in first; a Police cell at Old Kampala, and second, in Civil Prison in Luzira.

Countless Rastafari have been shaved in these facilities, something that totally broke their Spirit. When the Prison Chief at Luzira bellowed out; “You leave that one alone, mumuleke. Don’t cut his hair. That’s his identity”; I was in shock. This statement kept ringing in my head to this day.

In 2006, I began wavering. I got headaches and I felt it was due to the weight of the Congo Natty; the locs on my head. A brother of mine with whom we’ve been on the same journey then told me; “Don’t even think about it. Does an Elephant fail to carry its heavy tusks of ivory?”Enjovuteremererwamasaangagaayo. Incidentally, he’s since shaved off his. The irony. I reminded him of that statement.

If the Cosmic system (Obwengula) ensured that I walked out of the prison with my ‘crown’ intact, who was I to think otherwise? The headaches were not due to the weight of the locs, they were due to my incessant need to conform to society.

One day, possibly in 2003, I was at a Festival in South Bank London, to celebrate Bob Marley, and also Black Uhuru. So many legendary Reggae icons performed, and I met them all for a chat backstage. Sly Dunbar, Robbie Shakespeare, Lee Scratch Perry, Mykal Rose (Black Uhuru), Brinsley Forde (Aswad) etc.

What I recall the most was; I was walking up the aisle stairs in the theatre, Reggae Dub Poet Mutabaruka was walking down the aisle with a group of people.

I had heard of Muta before, but we’d never met. I knew about his sacrifice of not wearing shoes AT ALL, no matter where. It’s now over thirty years since! No shoes, sandals, slippers; none. No belts either, or leather products. He’s a NyabingiRastafari, he lives and eats only Ital life and food respectively. Whether it’s snow or desert, he’s always barefooted.

Little did I know that nearly twenty years later, we would be communicating on WhatsApp. I doubt he even remembers that brief incident at South Bank. There are no coincidences in the cosmic system (Obwengula).

There are people all over the world, in the hills, lighting fires that must never go out; EVER! 24/7, Ekyooto must be burning. Some left their families; many have none, to light fires on the behalf of humanity, to cease the anger of The Higher Ones, due to our disobedience and greed. To society, they’re considered mad, outcasts. If we only knew.

I know for a fact that my Father was approached by so many people from his circles in “high places”, telling him how his son, me, was ashaming his ‘revered’ name, and standing in society, coz I was Rastafari; a lumpen. Never ONCE did my Father tell me about it, he stayed silent.

A few times, more recently before he passed on, he’d say; “Taata, ndowoozaenviirikatizikuzennyo, obatukendezeeko”. He’ll then giggle about it.

Sacrifices to the call come in many shapes and forms. But almost always, they’re a heavy burden. That’s why it’s called “sacrifice”.

It’s not easy for most, that’s why I don’t blame those who fall by the way side. What I cannot stand however, are those who mock the few who stay the course of their calling.

Recently, I read a tweet by Mr. Kabuleta, stating that, JjajaNabambaBudhagali died a poor and broken man, after serving “Satan” for all those years. And that He should have served Jesus.

Firstly, that was such an ignorant statement, which made me wonder whether today’s Christians actually read their Bibles.

Is there a man in that book who was dedicated; “Omuwonge”, who was rich with possessions? Samuel, Elisha, Elijah, Melchizedek right up to their Savior Jesus; what wealth did they possess?

The man clearly said; “You cannot serve two masters. Sell everything you have and follow me”. A lot of folks think this was ‘literal’; oh no it wasn’t.

This is the reason why even though this doctrine has been forced and spread for Millennia, the further it goes, the more watered down and misinterpreted it gets, so Christian leaders can live “comfortable, posh” lives.

JjajaNabamba lived to the ripe old age of 113 plus! He sacrificed himself for others, took on so much demand, so they in Busoga and beyond can live and be sheltered from the wrath of The Higher Ones.

Never discount nor discredit the words of some of the men and women considered by society to be mad, coz they’re roaming the streets unkempt, in tatters. You might miss out on your blessings. For they hear, know and see what you’re not privy too.

John the Baptist was a member of an ancient Hebrew Order called the Nazarites; a sect of Hebrews who lived in the wilderness, coz they were what we call “Abawonge”, over here.

They separated themselves from society to serve their calling; they never shaved their beards or heads. (Numbers Chapter 6). Society thought they were mad people, and treated them as such.

As a child, many a times while walking the streets to get a taxi with my father, he would at times stop, put down his briefcase, squat and talk to some of these folks. I used to feel so embarrassed!!

Forty years later, people like these seek me out, sometimes shouting; “Mugandawange. Mzeewange!” With time, I got to overstand more about these people and what they’re about.

Do not live your life in vain. If and when you hear the calling, take heed and pray for strength, guidance and the patience to persevere. I know not of any great human who never went through the burning furnace of a calling.

Beware, there are many who are not considered great and are unknown to society, but they are there; some in plain sight, others out of view.

Whatever you do, never mock the chosen ones; and because there are many we may not know, simply avoid mocking another human, for they maybe chosen unbeknownst to you. Respect everyone.

One of the most important things that I’ll be celebrating on Saturday 30th November 2019 at Lugogo Cricket Oval, is this journey, this trod that I’ve embarked on for decades; as both a Musician, and a human being who heeded the call. Blessed love to you all.