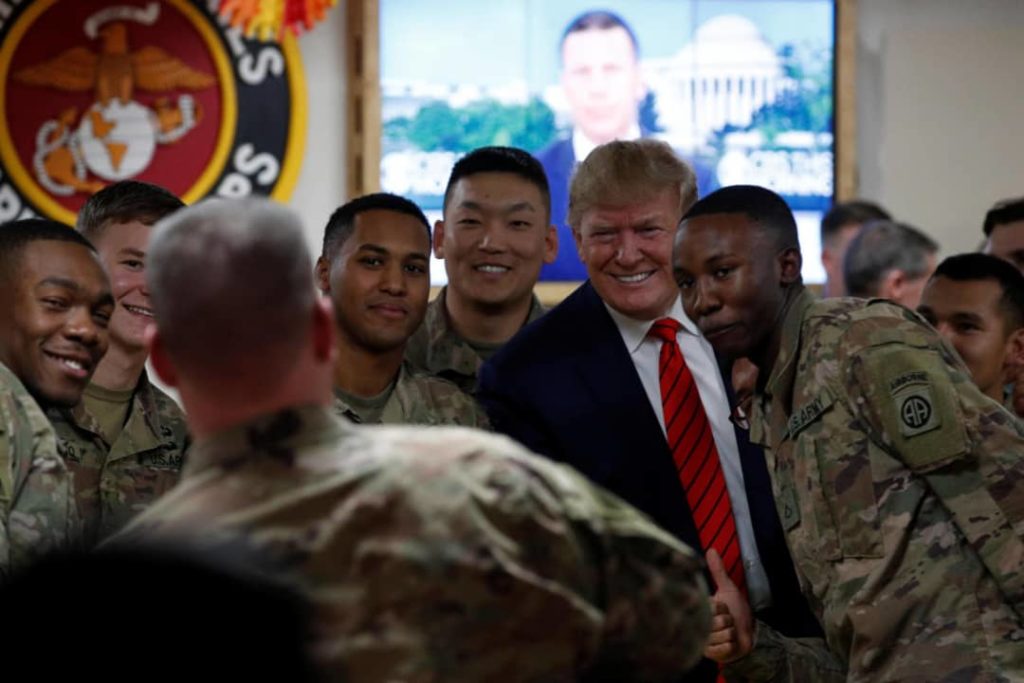 President Donald Trump made an unannounced visit to US troops in Afghanistan – his first time in the country – for the Thanksgiving holiday.

In a speech to the troops, Trump said the US is  in talks with the Taliban, who he said “want to make a deal”.

Trump also said the US was “substantially” reducing troop numbers in Afghanistan.

Some 13,000 US troops remain in Afghanistan 18 years after the US intervention to oust the Taliban following the September 11, 2001 attacks on America.

The visit comes after a prisoner swap with the Taliban aimed at resuming peace negotiations.

Earlier this month,   the Taliban freed two Western academics who had been held hostage since 2016 – American Kevin King and Australian Timothy Weeks – in exchange for three imprisoned senior militants.

However, it is not clear how substantive the talks have been.

Afghan officials have long demanded a ceasefire but the Taliban, who now control more territory than at any point since they were ousted in 2001, have refused to hold direct talks with the government until a US deal is agreed.

Taliban leaders confirmed that meetings with senior US officials were being held in Doha since last weekend but that formal talks had not yet resumed.

Trump also reaffirmed his plan to cut troop levels to about 8,600 but did not say how many personnel would leave or when. “We’re going to stay until such time as we have a deal or we have total victory, and they want to make a deal very badly.”