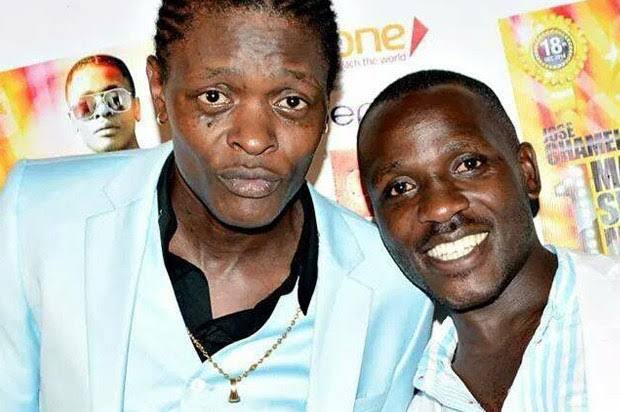 Celebrated musician Joseph Mayanja aka Jose Chameleone is involved in a bitter fallout with his managers at Leone Island and has since fired them.

Our Spy within Leone Island reveals that Chameleone recently fell out with his managers  and decided to sign a one year contract with a new management label called called Eventrics.

Sources reveal that following the fallout, Chameleone has since handed all bookings, video shootings, Public Relations management and promotions to the new label , owned by one  Fortunate Bijou.

However, this development t has left other managers like Robert Nkuke Mutima and Fred Kinene very unhappy, since all bookings and other related issues with Chameleone’s music are to be handled by the new management.

It should be noted that Kinene has been handling bookings abroad but now all that will go through the new management.

Spies say that Chameleone had gotten fed up of managers  booking shows from different promoters without informing him, and in most cases putting him in situations where he has clashing dates for shows.

It is because of such incidents that he would snub some shows, thus affecting organisers and tarnishing his reputation.

The new management  will now be in charge of the singer’s calendar and all bookings in and outside the country. It is revealed that the new management will also be responsible for buying new songs from writers for him.

Meanwhile, we are told Chameleone is on cloud 9, jubilating endlessly after he received an accolade from YouTube for having over 100,000 followers across the globe.

While  commenting about the accolade, Chameleone tweeted thus; “It’s such a great Honour from the Youtube Channel to be recognized for my hard work. I celebrate this achievement together with all my YouTube subscribers following me.

Thank you.
We achieved this together.
LEONE ISLAND MUSIC EMPIRE”