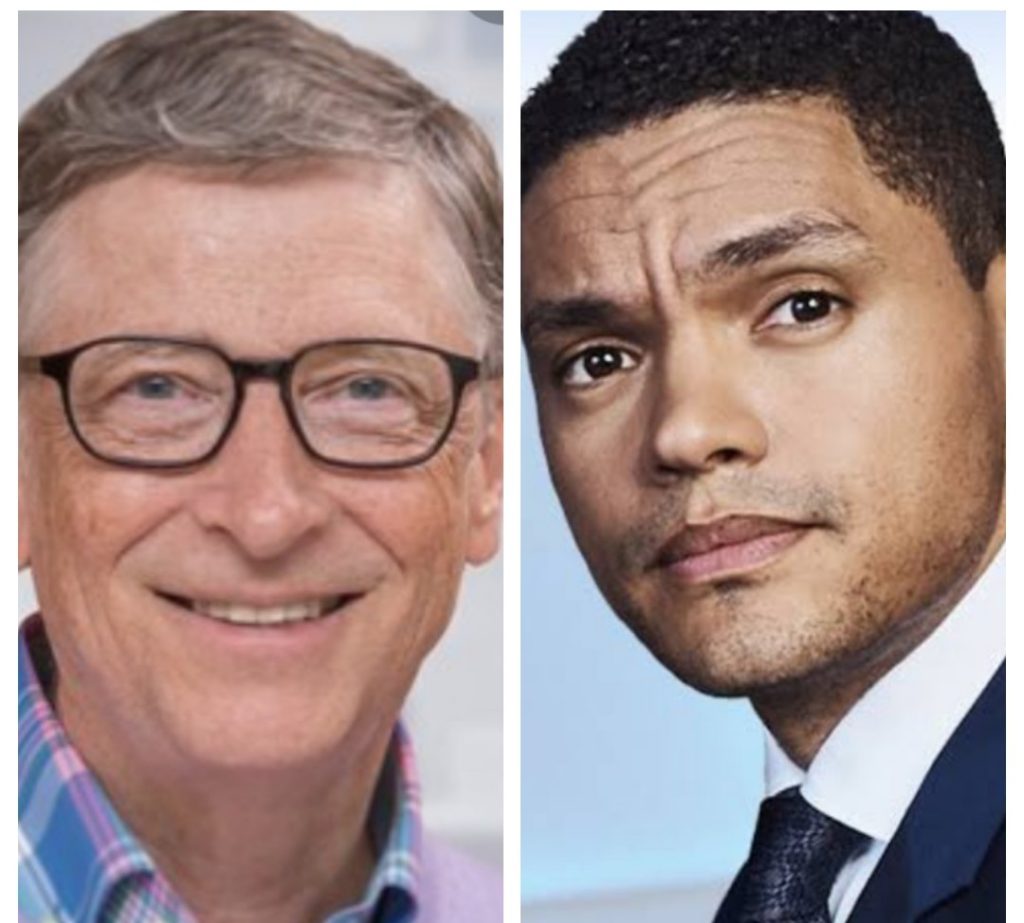 Trevor will be paired with Federer’s fierce tennis rival, Rafael Nadal. Nadal is ready for the February 7 match to be hosted in the South African city of Cape Town.

This star-studded doubles is part of an impressively entertaining and charitable Match in Africa campaign, that will also include a mouth-watering clash between Federer and Nadal, and performances from South African artists.

Trevor tweeted about the match thus;”Hey @RogerFederer, you & @billgates want to play doubles against me & @RafaelNadal!? Okay. We accept your challenge, but be prepared for the crowd in SA to be on our side! See you Feb 7 in Cape Town! Masihambe!  #MatchInAfrica

“This Match in Africa is a dream come true. I will play in my mother’s home country against my toughest rival and friend Rafa Nadal,’‘ Federer said ahead of the match.

“We share not only the love for tennis but also for the good cause of giving children a better start in education and in life. I feel privileged to have other leading philanthropists on board to entertain millions of people in the stadium and on TV.”

Nadal and Federer who together have 39 Grand Slams, will also attempt to set a new world record for the most spectators to watch a tennis match, in the Cape Town Stadium, which has a capacity of more than 50,000 spectators.

Proceeds from the event will be used to support’s education of children in Southern Africa, as part of the Roger Federer Foundation.
The foundation says it “enhances a world where children living in poverty are able to take control of their future and actively shape it”.