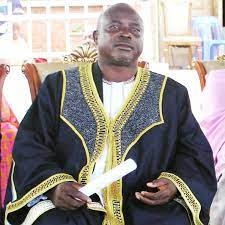 Benard Tungakwo has withdrawn from his position as the prime minister (Omuhikirwa) of Tooro Kingdom.
Tungakwo announced his decision in a letter dated August 20, 2022 to the King of Tooro, Oyo Nyimba Kabamba Iguru.
In the letter, he indicated that he stepped down to focus on a new assignment.
“This is to communicate a decision I have reached to step down from the position of Prime Minister – Tooro Kingdom effective immediately in order to enable me prepare for service in another role,” the letter partly reads.
Tungakwo explained that he reached the decision to avoid conflict of interest since the new assignment is at national level in the cultural fraternity.
He expressed gratitude to King Oyo for having trusted him and given him the opportunity to serve as the prime minister of the kingdom.
“I will continue to promote and support the cause and interests of Tooro Kingdom in my new assignments and will where possible remain available for consultation to the person that you shall chose as my replacement,” he noted.
Tungakwo has been serving as Tooro’s premier since May 2015, when he was appointed by the kingdom.
He replaced Steven Kaliba whose contract had expired in April 2015.