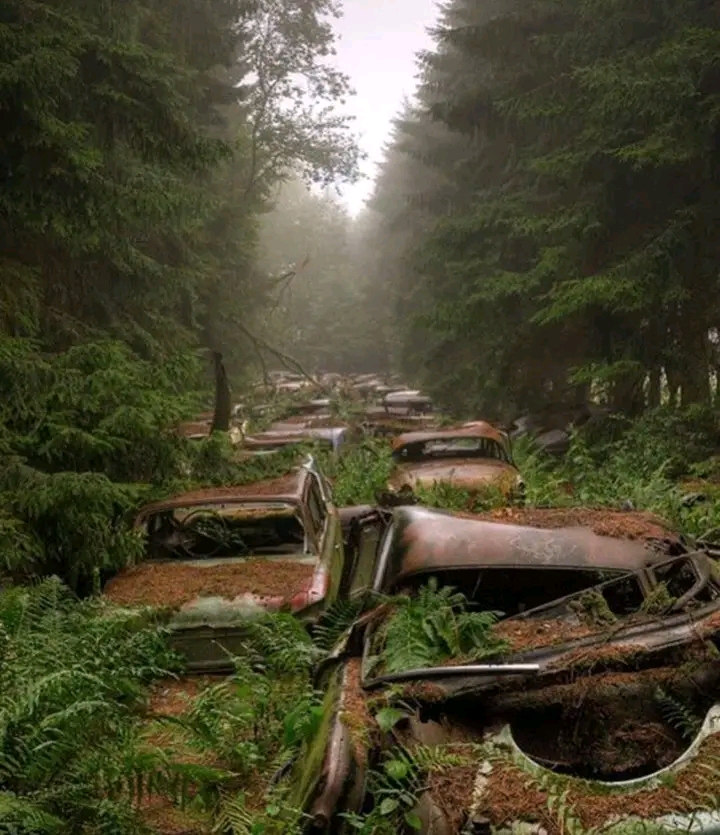 For the past 70 years there is a scenario in Belgium Forest that records a traffic jam. In South Belgium there is a graveyard for abandoned vehicles in a small forest that is close to Chatillon. Many believed that the abandoned rusty cars belong to U.S. soldiers who were based in South Belgium during the World War II.
It’s said that the military soldiers were sent back to the U.S. after the war but the cost for car shipping during that time was expensive, so the ranking officers of the military troops decided to set the car in a forest in Belgium wherein the vehicles were driven one by one up the hill then parked perfectly to hide from the outside world. It’s believed that those soldiers who wanted to have or retrieve the car will have sole responsibility for the shipping cost and therefore no car was retrieved.