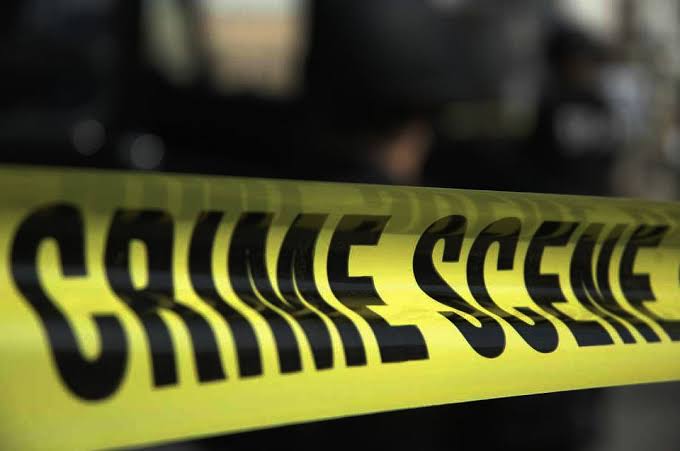 Shock filled residents of Kansanga central zone in Makindye when a middle aged guard was found murdered and body dumped inside a septic tank at Kampala international university
According to a police report, the deceased identified as Leornard Kato allegedly approached the daughter of Kayiza Richard and expressed his love for her. Kayiza’s daughter was less impressed and informed his dad later in the evening when he returned.
Infuriated Kayiza together with daughter confronted the deceased where a heated argument ensued. Kayiza is then said to have left only to return with a group of men all armed with crude weapons.
The deceased realised he was in grave danger and escaped only for his body to be discovered in a septic tank by a footballer who had gone to retrieve a ball near the tank and noticed blood stains all over the place.
The body had visible cuts on neck and throat and the suspected murder weapon was laying around. On further search of the main suspects home, crude weapons believed to have been used to kill the deceased were found.
A resident, only known as Maama Mariat, aka Queen, said: “I saw the deceased at around 8pm on Saturday, but I did not know what had happened, today morning at around 9am, I saw [his] woman parking all her clothes in the vehicle and she left.”
Maama Mariat said she saw some of the bed sheets with blood stains, an indication that they had a fight.
The Kampala Metropolitan deputy police spokesperson, Mr Luke Owoyesigire, confirmed to this news site that the case is being investigated
‘’We have strong leads into this murder case, and some suspects have been arrested but we shall give more details into the matter when investigations are in advanced stages,” he said
The body was taken to Mulago City mortuary for postmortem. The suspects are currently helping police with investigations to ascertain what exactly happened