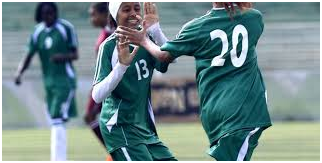 The former leader Omar al Bashir 30 year rule ended in April after plenty months of protests by the Khartoum people. Now Khartoum people are under the government of some civilians and military leaders.

So many people who came to watch the match began to shout ‘civilian rule, civilian rule.’
The former President of Sudan Omar al-Bashir had strict practice version of Islamic law for 1983 under his government.

She said that the atmosphere is amazing as plenty people including the new Minister for Sport, Wala Essam turns up to Khartoum stadium to watch the match and this made them proud to see women play football for Sudan.
Mervat adds that women should be encouraged and empowered to play football.