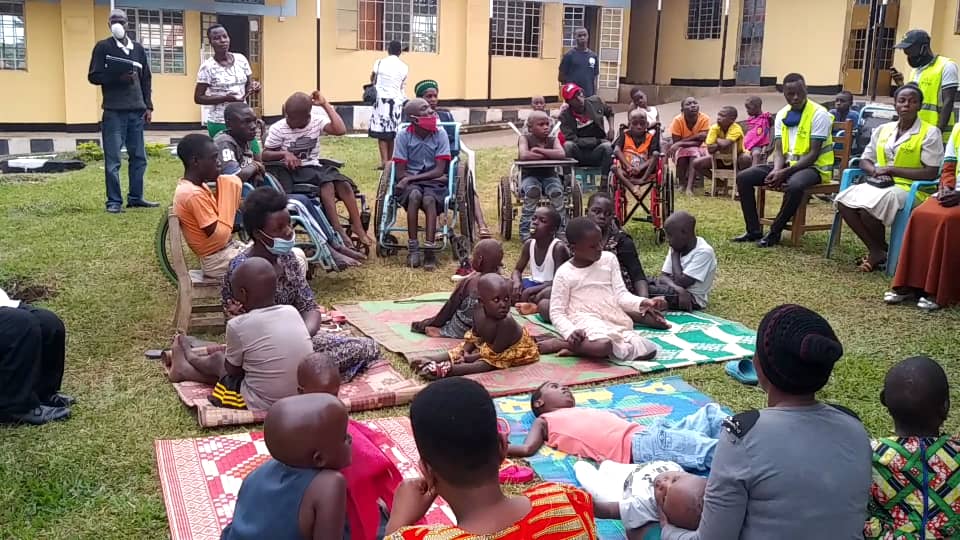 Mukono municipality member of parliament Betty Nambooze says that, as we celebrate the international women’s day, a number of women in Mukono and the country at large are left with the responsibility of looking after children with disabilities.

Nambooze and the newly elected NUP councillors echoed this while celebrating the international women’s day with women abandoned by their husbands due to the  disabilities of children, at Good Samaritan children home in Nasuuti Mukono Municipality.

The Mukono municipality legislature, Betty Nambooze said that she is going to lobby councillors in Mukono municipality, to pass a resolution by raising at least 1000 shillings on each trading license, and that collected money will be for supporting children’s home in Mukono.

The legislature and Mukono municipality coucillors, in solidarity donated food relief and other essential needs to the children.

Fred Migadde, director good samaritan home Nasuuti, pointed out that mostly the youth male couples have totally neglected their spouses, due to the spinal deformity of their children leaving the women in rented rooms.

“The women are left with no option but to lock the sick children in houses, others hide them under their beds” said Migadde.

Migadde called upon government to always, give a helping hand to such rehabs, because the treatment and educating these children is very expensive.

Jessica Kamya Bagenda the co-founder, haba na haba food bank, appealed to all men who tend to run away from their spouses, due to spinal disability defomity, to instead seek for medical assistance from recommended medical facilities and NGOs because such children can be useful to the nation if attended to.