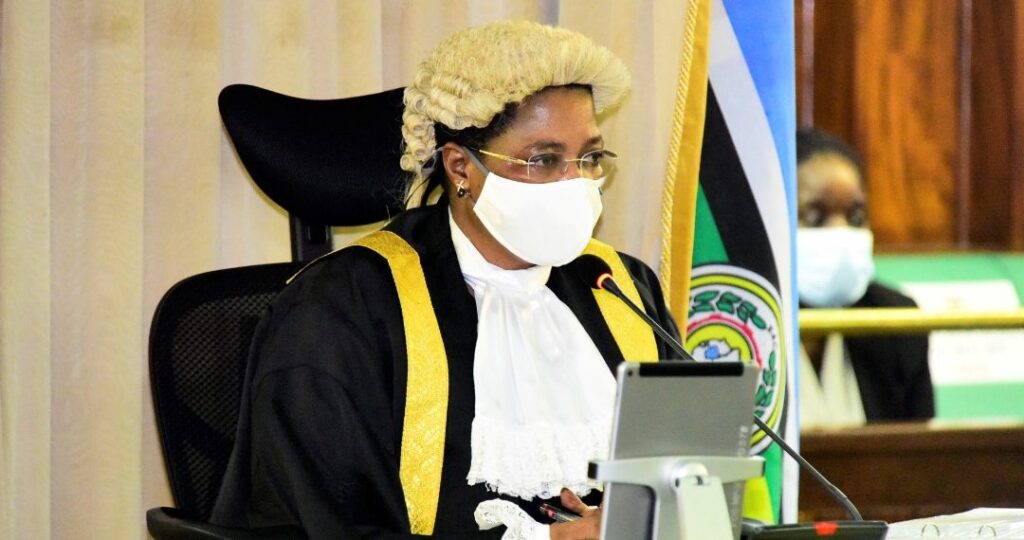 The Speaker of Parliament Right Hon Anita Among has this afternoon directed the Parliamentary Committee on Agriculture process and refine the Fisheries and Aquaculture Bill, 2021 to include the changes proposed by President Yoweri Museveni.
Shortly after she opened plenary in Wednesday afternoon, Speaker Anita Among revealed that the President had returned the Bill requiring that the Uganda people’s Defense Forces (UPDF) be included on the surveillance team entrusted with the responsibility to fight illegal fishing.
The directive is meant to allow UPDF work with the Uganda Police Force, which had already been catered for in the same Bill that was first read late last year.
“The surveillance Unit organization command control and training need to be domiciled under the Uganda People’s Defense Forces (UPDF) and Uganda Police Force,” Speaker Among said.
She added: “The rational is that, given the need for continuo’s surveillance and sophisticated ways employed by people involved in illegal fishing.”
She therefore directed the committee chaired by the Woman MP of Abim District Hon Janet Okori-Moe.
“In considering the returned Bill, I urge the committee to restrict itself on the grounds that have been raised by the President. I hereby grant the committee one week to look at the two clauses and report back to the House on those clauses of the Bill,” Speaker Among directed.
The call for expeditious processing of the Bill is part of the overall plan of the 11th Parliament meant to allow it deliver on the promise handle 62 Bill in the second year. Already a minimum of 12 Bills have been passed in less than three months, a rate believed to be fair enough to enable the August House under the stewardship of Speaker Right Hon Anita Among.