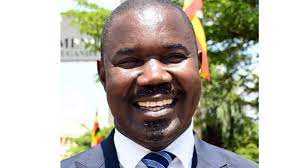 The National Unity Platform (NUP) has announced that they will not front any candidate for the upcoming by-election for Soroti East Constituency in Soroti City but rather supports FDC’s sole candidate Attan Moses.

On May 24th, 2022, the Court of Appeal declared the Soroti East MP seat vacant on grounds that the Electoral Commission failed to conduct free and fair polls. The judgment stemmed from an appeal by a voter challenging the annexation and transfer Opiyai and Aloet wards from Soroti City East to Soroti City West after the nomination of the candidates, which disfranchised and denied over 4560 voters the right to exercise their constitutional right to vote for the leader of their choice.

Through their socials, NUP said that, “Although we had very good potential candidates in Soroti, we are doing this in the broader interest of the unity of the Forces of Change. We believe that Hon. Attan legitimately won the previous election which was interrupted by a court decision. Therefore, we shall be supporting him, and rallying the people of Soroti to take him back to Parliament. We are stronger when we come together!”