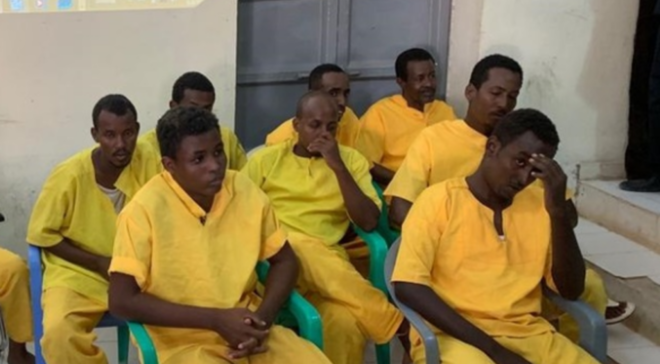 Authorities in the north-central city of Galkayo arrested six teenagers in October 2020 and a military court last month sentenced four of the boys — now aged between 16 and 18 — to death, while the remaining two were sentenced to 30 and 20 years in jail, the group said.

British charity Save the Children urged the Somali government on Friday to intervene after Mohamud Mohamed Hassan sentenced four teenage boys to death over their involvement with armed groups.

“We are deeply concerned about these sentences. Sentencing adolescents to death and long-term imprisonment -– regardless of their crime -– does not work as a deterrent, and certainly isn’t in line with global standards,” Mohamud Mohamed Hassan, the charity’s country director for Somalia, said in a statement.

“The experience of being associated with an armed force or group can have an immediate and lasting impact and consequences for boys and girls, including exploitation and abuse, physical injury or disability. They must be protected, not punished,” he added.

“These boys deserve a chance at rehabilitation, and we urge the government to ensure justice.”

The charity said the court’s decision violated the United Nations Convention on the Rights of the Child, which Somalia ratified in 2015.

Although Somalia has been known to carry out executions of adult prisoners, no details were available on the executions of juvenile offenders.

Save the Children did not give details about the armed groups in the case of the teenagers.