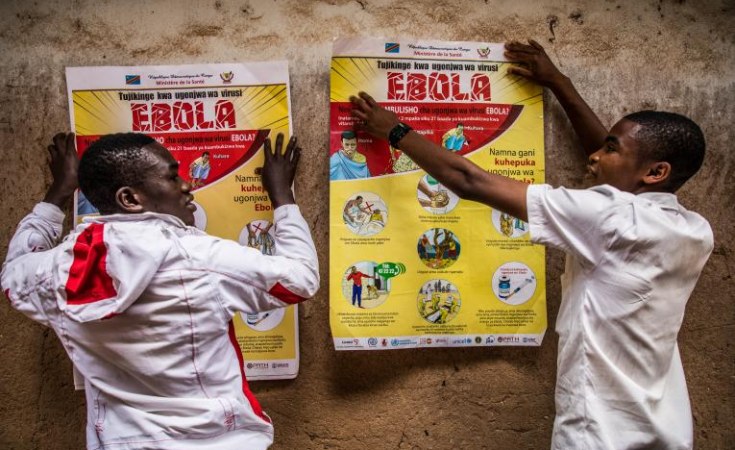 Ebola has been confirmed in Uganda after at least six people died in Mubende after showing signs of the deadly virus.
The dead include: a female aged 10 months old from Kilwani village, Kiruma who died on September 11 from St. Florence medical Clinic; a male aged 32 years enrolled nurse at St. Florence Medical Clinic in Madudu who passed on September 15 from Cure medical clinic in Mubende town and a female aged 43 years from Bulega, Kiruma who died on died on September 1 at Mubende Referal hospital.
Others are: a female aged 10 months old from Bulega who passed on September 12 from Kiboga district but buried in Bulenga; a person aged 56 years old from Bulega in Kiruma who passed on September 13 and a female aged two years from Bulenga Village, Kakenzi parish in Madudu who died on September 15.
In a statemenent from the Mubende Regional Refferal Hospital director, Dr Alex Adema, it is suspected that the ebola cases are of the Sudan variant following tests at the Uganda Virus Research Institute (UVRI).
Ebola is a rare and deadly disease in people and nonhuman primates. People can get ebola through direct contact with an infected animal (bat or nonhuman primate) or a sick or dead person infected with Ebola virus.
“Laboratory findings from UVRI indicate that the admitted patient that actually passed on today morning tested positive for Ebola Sudan variant. This is therefore to request you instruct your health workers, units/ health facilities departments to keep calm as we observe stern precautionary and infection prevention and control measures while doing our work. Renew their knowledge and increase their level of suspicion for VHF. I have contacted the Ministry of health commissioners for epidemic response and control. Teams have been dispatched to the region to give us backup support,” Adema said.
The ministry of Health is in preparations to issue a statement regarding the outbreak.
This will is the fifth time Uganda is reporting an ebola outbreak. Uganda last had an ebola outbreak in 2018. The deadliest was in 2000 were 224 deaths were reported. Others were in 2014 and 2017.