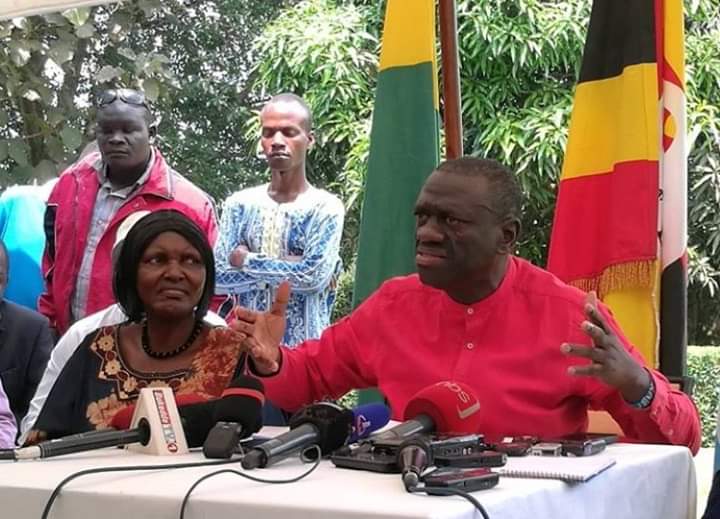 Justices of the Constitutional Court on Thursday shocked the nation when they told opposition strongman and Forum for Democratic Change’s Dr. Kizza Besigye  to go seek justice elsewhere, because of swearing himself in as a president of the country, and thereafter seeking justice in the courts that he believed were not legitimate.

The justices said it was hypocritical for Besigye who lost the 2016 elections and swore himself in as the elected president of Uganda to go to the same courts which are part of the legitimately constituted government led  by President Yoweri Museveni.

Justice Kenneth Kakuru noted that; “By swearing himself as president and appointing his own national assembly, Besigye was acting in contempt of the Supreme Court that had declared that Museveni was rightly elected as president of Uganda.”

He added that  “I would therefore decline to grant remedies that he seeks in the petition. May be he will have to seek audience before his own court or before the   ” judge” who swore him as president.”

It should be noted that  Besigye, a four-time presidential contender, petitioned the Constitutional court in 2016,  contesting the President Museveni’s victory, claiming the election had been marred with a lot of irregularities.