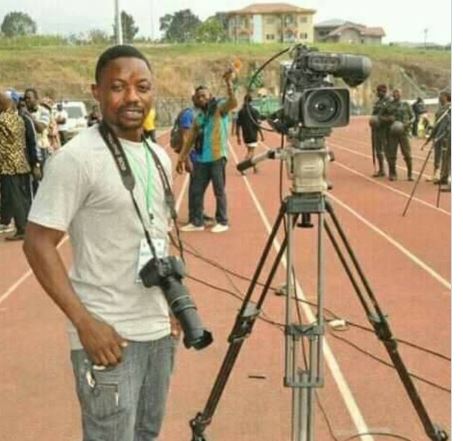 Cameroonian journalist Samuel Wazizi, who was arrested in August for criticising the government’s handling of a separatist revolt, has died in detention, rights group Reporters Without Borders (RSF) has said.

Wazizi worked for CMTV, a local broadcaster based in Southwest Region, one of two areas where separatists in 2017 launched an armed campaign to establish an independent homeland for Cameroon’s English-speaking minority.

“Wazizi died in detention,” RSF said in a statement issued late on Wednesday that called for a “thorough and independent investigation” into what happened.

He was arrested on August 2, 2019, and “accused of speaking critically on the air about the authorities and their handling of the crisis,” the watchdog said.

Five days later, he was taken from a police station in the city of Buea to the local headquarters of the army’s 21st Motorised Infantry Battalion, but from then on, neither his family nor his lawyers were allowed any contact with him or given any information, it said.

RSF said Wazizi’s death had been confirmed by two sources, including the head of the Cameroonian National Journalists’ Union, while a senior military officer said the journalist had been “ill” but gave no further details.

On Tuesday, privately-owned channel Equinoxe TV, quoting what it described as sources close to the military command, said Wazizi had died during transfer to the capital, Yaounde, at an unknown date after his arrest.

RSF said Wazizi’s death in detention, while being held incommunicado, “is the worst crime against a journalist in the past 10 years in Cameroon”.

“We call on the Cameroonian authorities to end the intolerable silence around this case, to return the journalist’s body to his family, and to conduct a thorough, independent investigation to establish the chain of responsibility and circumstances leading to this tragedy,” it added.

On Friday, Cameroon’s army on Friday confirmed Wazizi died in detention “as a result of severe sepsis” on August 17, 2019 – 10 months after the fact and 15 days after RSF said he was arrested.

In the statement, army spokesman Cyrille Atonfack Nguemo said the military took custody of Wazizi on August 7 after investigations revealed he was coordinating logistics for separatist fighters – charges his family and colleagues deny.

On August 13, Nguemo said, Wazizi was placed into the custody of the national gendarmerie – a military police force. Soon after, Wazizi became sick and was taken to hospital in Yaounde, where he died on August 17, Nguemo said.

“He clearly died from a severe sepsis and not from any acts of torture,” Nguemo said, rejecting accusations of torture made by the head of the journalists’ union.

“It’s a lie,” he was quoted as saying by Reuters news agency, adding that his brother was “loved by everyone” and had never worked with the separatists.

On social media, the hashtag #JusticeForWazizi was used by journalists, civil society figures and the opposition.